Timothy Spall has a genuine chance of winning Best Actor at the Oscars for his tour-de-force performance as J.M.W Turner.

It feels as though Mr Turner has been around forever. It premiered in competition for the Palme d'Or at the 2014 Cannes Film Festival with Timothy Spall winning best actor for his portrayal of eccentric British painter J.M.W Turner. Now, the movie receives a full UK cinematic release and, quite rightly, it's been talked up in Oscars circles.

The movie, directed by the acclaimed Mike Leigh, explores the last 25 years of Turner's life and how his wellbeing was profoundly affected by the death of his father. Turner formed a close relationship with a seaside landlady with whom he eventually leaves with in Chelsea, the place of his death. However, throughout those latter years, Turner travelled, painted, visited brothels and became an anarchic member of the Royal Academy of Arts.

Spall is superb as the artist - his finest role to date and proof (if we ever needed it) that the Battersea-born actor is among the top rung of actors on the planet. 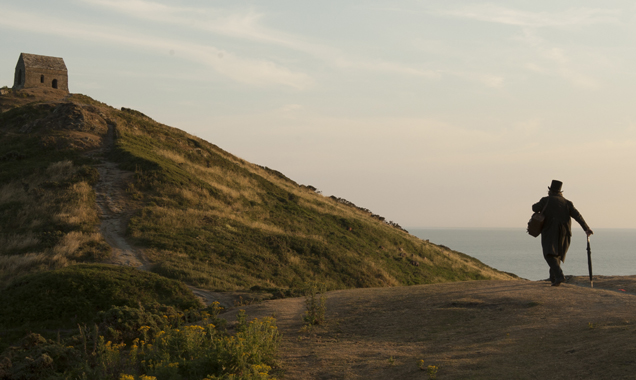 "Spall's repertoire of grunts, each one with its own distinct meaning, comfortably extends past a hundred, and you wonder if he went Method for the role, living for years in a sty until he got the voice, posture and smell just right," said Robbie Collin of the Telegraph.

"Mike Leigh's reputation as an unrivaled inventor of cinematic dramaturgy once again over-delivers on his promise. How, you might ask, is that possible. Such is the nature of Mike Leigh's incomprehensible genius," wrote Cole Smithey.

Spall remains a 20/1 outside to win Best Actor at the Oscars, but if we discount Michael Keaton given the avant-garde nature of Birdman and Eddie Redmayne and Jack O'Connell for being too young then the British actor has it won, doesn't he?