Over Christmas last year, we pulled off the opening barn shoot on a freezing night just outside Dayton, OH. When looking through the footage, we decided that the song's explosive tempo called for faster-paced imagery. With a rough idea of the textures we'd like to project upon from a moving truck, we set out in the Maryland countryside to see what we'd find. When the dust settled and the baffled cows fell back asleep, we had the makings of Try Harder.

It seems that the two most interesting things about Dancer Equired are A) That the "Notoriously hissy" (Whatever that means) trio took it upon themselves to record in a studio for the first time in their five album career and B) That those lucky enough to pre-order it will receive a temporary tattoo depicting a map of the band's home state of Ohio. 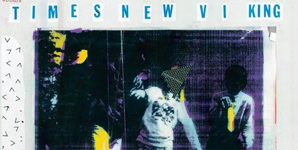 Times New Viking release their fifth album 'Dancer Equired' on 25th April 2011 through Merge/Wichita Records, this record follows on from their 2009 album Born Again Revisited. No Room To Live is the lead single for which the band have just released a video; directed and edited by Brandon Reichard and Pelham Johnston, it's composed of nearly 3000 individual pictures which were all contributed by over 40 artists from Columbus, Ohio the pictures are based on frames from original footage.

By Natalie Kaye in Music Reviews on 22 September 2009 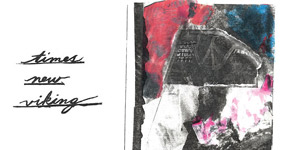