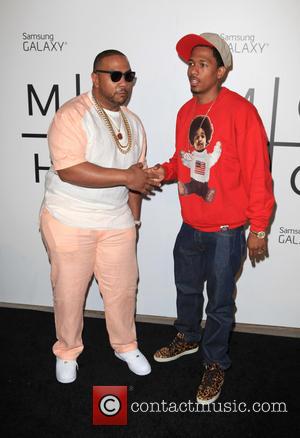 Producer and hitmaker Timbaland is working on a top secret new project featuring the lost recordings of Michael Jackson.

Details about the venture remain sketchy, but in a new interview with Sean 'Diddy' Combs' cable video channel Revolt Tv, Timbaland reveals music mogul Antonio 'L.A.' Reid brought him the idea and he's very excited for fans to hear it.

He says, "It's two kings working together."

He refused to give up any more information other than to state one of the tracks will be called Chicago.

Jackson died from an overdose of anaesthetic propofol in June, 2009.