Rapper/producer Timbaland Has Defended Himself After He Was Labelled Insensitive For Posting A Joke About Caitlyn Jenner's Sex Change On Social Media. 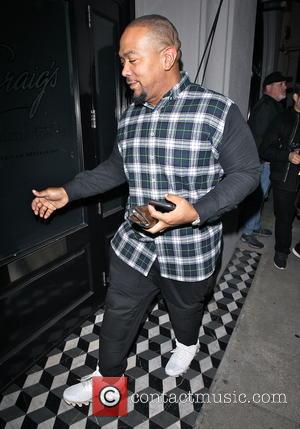 The star came under fire for sharing a meme which appeared to mock Jenner's transformation from Bruce to Caitlyn by referencing a line from Eddie Murphy's 1988 comedy Coming to America.

The image, which was posted on Timbaland's Instagram.com page, featured the caption, "His momma named him Bruce, I'mma call him Bruce," and it sparked a wave of criticism as fans accused the hip-hop star of making fun of Jenner.

However, Timbaland is adamant the meme was meant as a joke and insists the blunder has been blown out of proportion.

In a series of posts on Twitter.com, he writes, "This is what (happened). I saw a meme post and repost (sic) it cause I seen the movie (sic) in the post and thought that part of the... movie was one of the funniest parts. And somebody decide to take out (the name) Clay which was said in the movie and put Bruce. That's it... I didn't make the meme that was posted or said publicly what the meme said... I just had to tell the story the correct way. Now what u (you) think after that is what u (sic) think... I have nothing against him (Jenner) or anybody who have made that decision (to undergo a sex change). I said that right after he did the interview (with U.S. TV host Diane Sawyer). Publicly."

Olympic athlete-turned-TV star Jenner went public with her plans to transition from male to female earlier this year (15) and she officially moved on from her life as Bruce by showing off her new look in a shoot for Vanity Fair magazine this week (beg01Jun15).