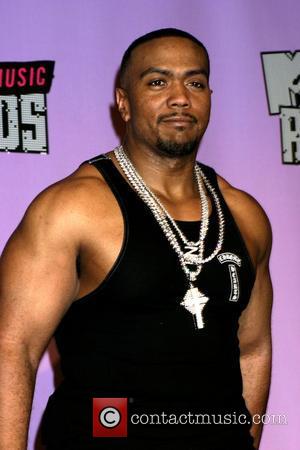 Picture: Timbaland Rapper and producer, in the press room of the MTV Video Music Awards 2007 at Palms Hotel and Casino Las Vegas, Nevada - 09.09.07

Hip-hop mogul Timbaland is working on a biopic of late Colombian drug lord PABLO ESCOBAR, which he predicts will become a bigger cult hit than Al Pacino movie Scarface. The 35-year-old hitmaker is confident his magic touch, which has secured a string of global hits for artists including Justin Timberlake, Aaliyah and Missy Elliot, will take Hollywood by storm. He says, "I'm doing a movie. I don't know how much I should tell you yet. It's gonna be as big as Scarface. It could even be bigger than Scarface. It's going to be about a great drug lord. A real drug lord." Escobar made so much money from the cocaine trade at the height of his power in 1987, he was listed by Forbes magazine as the seventh richest man in the world. He died in 1992 during a shootout with Colombian security forces.