The new drama's storyline has not been altered despite concerns over the plot. 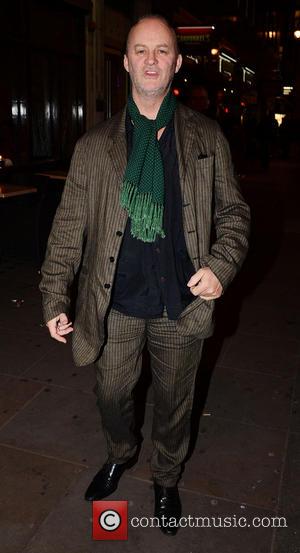 Utopia is "a daft, compelling, supremely well-characterised tale that exists so totally within its own crazy storytelling parameters there's no need to question it but just let yourself be pulled along by the fast-flowing dramatic tide," says The Telegraph's Gerard O'Donovan.

"Like all good conspiracy thrillers you could spend hours endlessly teasing out the labyrinthine twists of Dennis Kelly's mind-bending plot," the TV critic praises.

However, it is the depiction of Neave's death in particular that has ruffled feathers, with friends, family and former colleagues of the Tory MP slamming the broadcaster for suggesting that he was an alcoholic who was assassinated by his own government rather than the IRA.

Neave's youngest son, William, 60, has spoken out against the drama, saying "I don't know why Channel 4 would want to make such sensationalist claims when they are just not true. The suggestion that my father was a drinker is particularly upsetting and utterly dishonest. After his heart attack in 1959, he gave up drinking altogether. We may well have to take action over this," via The Daily Mail.

Former Conservative Party chairman Norman Tebbit, who was a friend and colleague of Mr Neave, described the programme as "a new low point in British broadcasting."

"To attack a man like that who is dead and cannot defend himself is despicable," he told the Mail, after admitting that he hadn't watched Utopia.

A spokesperson for Channel 4 underlined that none of the Neave family had contact them directly regarding the programme and defended the drama, noting that it was "entirely fictional". Utopia occasionally blends real moments in history with fictional storylines, and therefore some events and characters have been adapted for dramatic licence."

"A conspiracy thriller about a fictional organization called The Network, Utopia occasionally blends real moments in history with fictional storylines, and therefore some events and characters have been adapted for dramatic licence," the broadcaster said, via BBC News.

"It was not our intention to cause offence and Utopia does not suggest that any other real organisation was responsible for the death of Airey Neave. That period in history has been both widely reported and dramatized over the last 35 years and is the subject of many conspiracy theories."

More: HBO picks up 'Utopia,' with David Fincher to direct.