Country Superstar Tim Mcgraw Has Been Forced To Cancel His Remaining Tour Dates After A Doctor Placed Him On Vocal Rest. 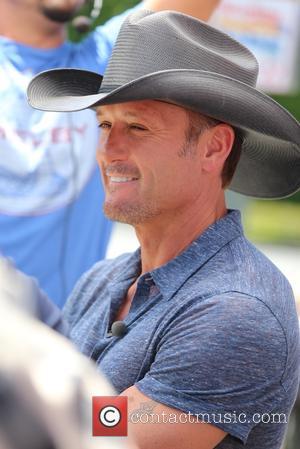 The Live Like You Were Dying hitmaker was slated to bring his Shotgun Rider Tour to Mountain View and Irvine, California over the weekend (ends20Sep15), but both shows were scrapped.

In a message posted on Facebook on Friday (18Sep15), MCGraw wrote, "This is so disappointing to me. We've had such a great summer, and I was looking forward to this final weekend with the fans in California.

"I appreciate the support and look forward to coming back soon. The word 'can't' is just not in my DNA. If there was any way I could sing, I would do it."

The two stops marked the end of his North American trek. He is still scheduled to perform at the Route 91 Festival in Las Vegas on 4 October (15).