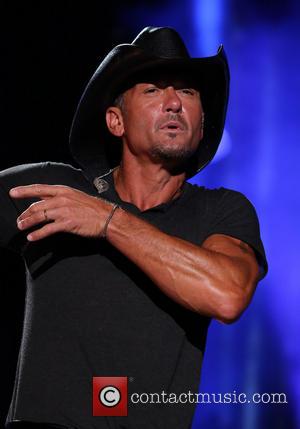 A federal judge in Tennessee has dismissed a copyright lawsuit filed against Tim Mcgraw by his former label bosses until their existing legal battle over a contract dispute is resolved.

The country star has been fighting Curb Records executives in court since 2011, when he was accused of violating the terms of his contract by turning in his album Emotional Traffic before the 18-month gap between projects had passed.

They refused to release the disc, while MCGraw argued that the fifth and final album would have fulfilled his contract with the company.

His latest project, titled Two Lanes of Freedom, hit music retailers in February (13), but Curb heads lodged new papers in U.S. District Court in Tennessee in April (13), claiming the tracks were recorded before their original contract was dissolved and therefore amounted to copyright infringement.

However, U.S. District Judge William H. Haynes administratively closed the latest case on Friday (09Aug13), insisting he cannot rule on the copyright allegations until the contract case is settled.

"Since Tim MCGraw has been a member of Big MAChine Records, everyone has witnessed an incredible surge in popularity and demand for his musical releases and live performances. His sales and airplay results rival the best of his career. And we're just getting started..."