Country Giant Tim McGraw Is Being Sued For Copyright Infringement

Tim Mcgraw is being sued by his former label for... well, for quitting. 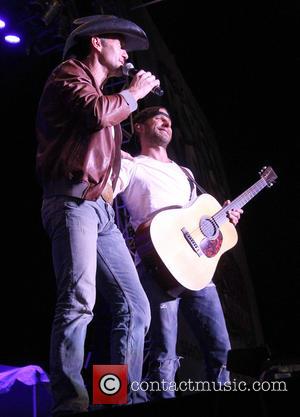 Country voice Tim Mcgraw is being sued by his former label for using songs he reportedly recorded while with them – not a good way to kick off a new album for sure. McGraw’s “Two Lanes of Freedom” is a chart topper, but it’s also getting the singer into quite a bit of trouble, as Curb, McGraw’s former label, is crying copyright infringement on the album’s fifteen tracks – including hits like “Truck Yeah!” “One of Those Nights” and “Highway Don’t Care.” The claim was filed late Monday in the US District Court for the Middle District of Tennessee and, if the company can prove that the songs were recorded whole McGraw was still under contract, this could turn into a serious lawsuit.

“Two Lanes of Freedom” is McGraw’s first album with his new label, Big Machine Records. It was released earlier this year – February 15 to be precise – and quickly rose to the top of Billboard’s country chart.

The legal battle between Curb and McGraw has been going on for a while now. The label, which has distributed the singer’s music since the distant 1997, claimed that McGraw’s planned move to Big Machine would cause the company irreparable harm. However, the case didn’t hold up and in 2012 a judge ruled that the cash cow of a performer was free to move to Big Machine. The outcome wasn’t good for Curb, so maybe this new lawsuit is driven by a bit of leftover bitterness.

“Not only has Curb Records been deprived of the exclusive rights to exploit (‘Two Lanes of Freedom’), but it is also damaged because of (the album’s) release,” the suit reads.