When it comes to homosexuality in men, there are plenty of stereotypes associated with it. One of the most profound of all is that characteristic 'gay voice', that even the least bigoted person in the world can't deny exists. But why is it that some gay men have such an effeminate pattern of speech? What is it about being gay that leads many members of the gay community into this 'camp' convention? Especially when you take into account that many gay men were bullied for the way they spoke when they were young kids. David Thorpe seeks to challenge his own vocal habits, combat his anxiety about his feminine speech and learn the reasons behind why many people often subconsciously adopt this stereotypical persona - especially in a world no so against stereotypes of all descriptions.

Continue: Do I Sound Gay? Trailer

Judges Howard Stern, Mel B, Howie Mendel and Heidi Klum appeared on the red carpet at the after show event in Radio City Music Hall, New York City. Heidi draws all eyes on her in a beautiful, sparkling, white mini-dress with a sheer centre panel, and she gets several cheek kisses from 'Project Runway' judge Zac Posen and mentor TIM GUNN.

Project Runway Recap: Who Won Out In The End?

America now has its designer and said designer is $25,000 richer.

This season of Project Runway has come to an end and the people have their champion. But even though only one eager designer could win, Stanley Hudson, Michelle Lesniak Franklin and Patricia Michaels each had their moment of glory last night, as they got to showcase their collections not just on any stage, but the Lincoln Center itself, during Mercedes-Benz Fashion Week. It came down to the wire, as each designer got to demonstrate their individual style. For Michelle, this meant designing for the “urban jungle” with subdued colors and classic, angular cuts. Patricia on the other hand, went for classically feminine looks with floral patterns and light, airy fabrics. Patricia was the contestant who had had the most trouble, but she managed to pull it off in the end. Finally, we had Stanley Hudson, who barely managed to pull his pieces together in the last minute. Unfortunately, his collection was also dubbed the least interesting out of all three, so all the effort was for naught.

But the burning question is who won? Do we need to warn you about the huge spoiler ahead? After some deliberation from the judges, Michaels was crowned as the winner and the one who had created “real clothing” and a “real fashion show”, whatever that means. But the women held this finale on lockdown and Franklin came in second, just as expected after the judges' comments. 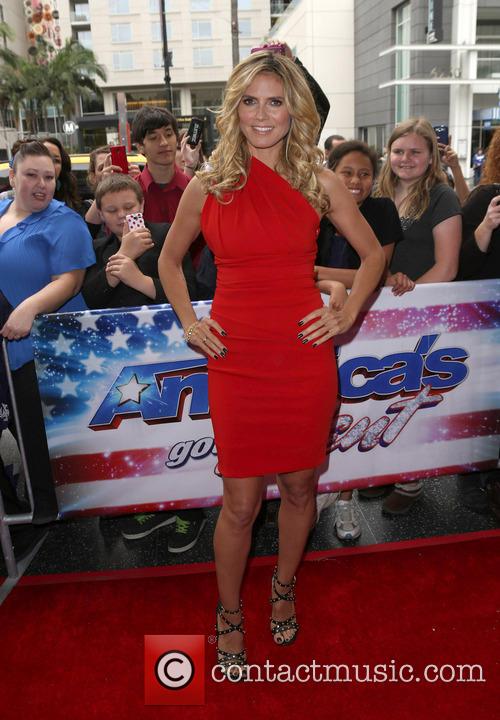 Heidi Klum presided over the judging panel, which was escpecially nitpicky this time.

TV fashion consultant TIM GUNN laughs with photographers as he signs a copy of his book 'Tim Gunn's Fashion Bible: The Fascinating History of Everything in Your Closet' for a fan at the New York Book Expo America admitting with the fan that the whole place was rather 'overwhelming'.

This is the fourth of the 'Project Runway' mentor's published works; the last three are 'Shaken, Not Stirred', 'Gunn's Golden Rules: Life's Little Lessons for Making It Work' and 'Tim Gunn: A Guide to Quality, Taste and Style'. 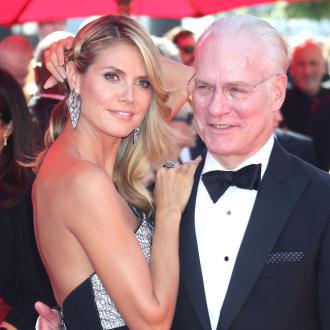