The model will fulfil her ambition to act in a new Sky Arts drama.

Cara Delevingne is to finally make her way into television acting after landing her first major role in an upcoming Sky Arts drama, penned by Tim Firth ('Calendar Girls,' 'Kinky Boots'). The brand new television series will air this year with the 21 year-old model taking centre-stage as one of the main characters. 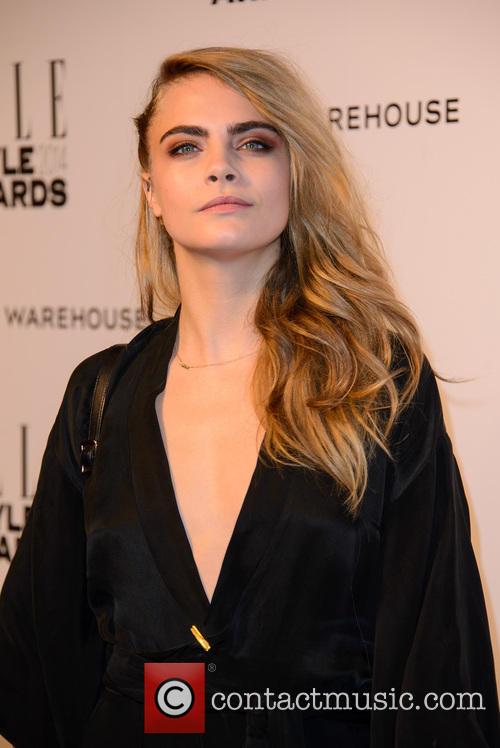 Cara Delevigne Is To Star In A New Sky Arts Drama.

Entitled Timeless, the series will be broadcast from mid-June this year and will star Cara as a young woman whose soldier fiancé is serving in Afghanistan, bringing challenging times and a closer bond with her great grandmother, played by celebrated British actress Sylvia Syms. It has been described as "an engaging tale of love, loss and hope."

Confessions Of A Shopaholic Review

By Bill Gibron
Good
Hollywood has found a new cash cow, though the use of the latter term might get more than a few supposedly chauvinistic critics in trouble. The modern woman, sick of the same old sloppy rom-com rationalizations, has decided to go gourmand. Like Veruca Salt in Willy Wonka and the Chocolate Factory, she wants it all and she wants it now. Oh course, back in the '70s, said little girl was considered a brat. Today, she is the reigning glamour queen of conspicuous consumption.

A perfect example of this ideal is Rebecca Bloomwood. The heroine of P.J. Hogan's adaptation of Sophia Kinsella's Confessions of a Shopaholic, this spunky career gal wants a cushy job, a suave boyfriend, an understanding best bud, and an unlimited credit line... and that's just for starters. Only problem is, Rebecca (played with real drive by Isla Fisher) is neck-deep in debt. She just can't stop spending. When her job as a writer for a gardening rag falls through, she applies at the nation's number one fashion magazine. Named after its editor, Alette Naylor (Kristin Scott Thomas), the job represents the completion of all our heroine's career goals. Sadly, she has to settle for a gig writing at Successful Saving, a financial magazine. Oh, irony! Luckily, it's managed by the humble British hunk Luke Brandon (Hugh Dancy). I'd like to believe that my heart is open to even the most ill-conceived of English charmers. By all technical merits, both 2003's Love Actually and 2005's Layer Cake are absolute garbage, but if either of them shows up on HBO, there's a good chance I'll watch them to the end. It has to be something about the accents, or the way that English men tend to stutter a lot. Regardless, it wasn't until Kinky Boots that I realized that popular English films can, indeed, be as inane as popular films here.Charlie Price (Joel Edgerton) has just left his father and his father's shoe business for a life farther away with his fiancée and a job in marketing. Literally the day he moves away, he gets the call that pops has passed away. With a buyer pulling out and mounting amounts of "redundancies," Charlie considers selling the factory (his father was thinking of it, also). That is until he meets Lola (Chiwetel Ejiofor), a cross-dressing singer who Charlie attempts to save from a beating, not knowing that Lola used to be a boxer. In a moment of inspiration, Charlie decides to design cross-dressing boots for Lola and her friends and brings her in to supervise the proceedings. Charlie and his flirtatious assistant, Lauren (Sarah-Jane Potts), must defend him when the male company workers don't warm up to Lola, and Lola comes to their rescue when a fashion show goes disastrously wrong.The plot seems impenetrably charming in overview. Uptight young English man gets a wake up call about life and love from a life-loving cross-dresser; what's not to love about that situation? As it turns out, a lot. The major problem here is time, notably lack of it. There is little or no time given to the characters to really get to know them and let us fall for them. Lola is the only one that the audience feels anything for, and that is mainly because she is persecuted by everyone. As much time as Charlie is on screen, his motives and actions are always based on the store and not himself, and therefore we can't really get to know who he is in general. The script by Tim Firth and Geoff Deane supposes that he binds himself to the company as a remembrance of his father. Fine, but then we are not given enough time to get what his dad meant to him. All we get is a trite montage of "shoes are the key to life" vignettes between a young Charlie and his father. There is a serious lack of character development. And call me a broken record player, but the love story between Charlie and Lauren is undercooked to an amateurish degree. Lauren and Charlie actually talk together perhaps five times, and some of those are just about business.What salvages the film is Ejiofor, the terrifically talented character actor from Melinda and Melinda and Dirty Pretty Things (also a drab villain in Four Brothers). He brings charm and a distinct comic timing to Lola, especially in a hysterical scene where Lola teaches Charlie what is wrong with his initial design. Edgerton, especially for a leading man, seems lacking in the charm department and doesn't do anything with the role (he simply says the line in his accent for the most part). Potts might have registered with talent if she was given more screen-time but most of the time is given to Edgerton and (thank God) Ejiofor. Where a one man show would usually fair okay with a contrived or lopsided plot (The Matador), Kinky Boots simply just doesn't take the time to let us give a hoot about anyone but Ejiofor. If that was their mission, consider it accomplished.These boots are made for kinkin'.

By Sean O'Connell
Excellent
Nigel Cole's empowering Calendar Girls calls to mind Peter Cattaneo's The Full Monty, though not just because it's about nude British people who have no business being in their birthday suits. Both imports work from simple one-line premises centered around the fundraising efforts of a cheeky lead (here it's Helen Mirren, while there it was Robert Carlyle). And each employs a sassy spirit of friendship over hardship that guarantees your heart will dance with empowered delight as the clothes continue to hit the floor.

As a rite of passage, American children join the scouts. Older British women, as a similar rite of passage, join the National Federation of Women's Institutes, shortened to the W.I. by its faithful members. The group holds true the notions of enlightenment, fun, and friendship, though lately they've been in a rut. Guest speakers to the group have brought the latest news on cauliflower. Not quite headline-worthy material.

By Christopher Null
Weak
Apparently there is a sport in Britain with the awkward name of "lawn bowls" that is essentially shuffleboard on a grass lawn.

And apparently, this oddity merited being the subject of a feature film from National Lampoon, the former cultural touchstone that has now become the bottom feeder of American lowbrow humor.

I'd like to believe that my heart is open to even the most ill-conceived of...