Tim Burton Thinks 3-D Movies Should Be A Choice

Tim Burton does not think that every movie should be made in 3-D so people can still choose whether or not they want to watch a film that uses the technique. 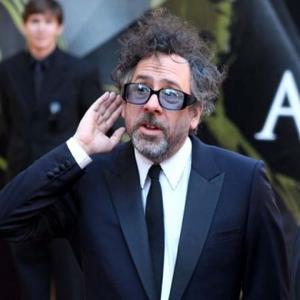 Tim Burton doesn't think all movies should be in 3-D.

The eccentric director - who created 'Alice in Wonderland' starring Helena Bonham Carter in 3-D - likes using the technique where it is necessary but doesn't plan to utilise it for 'Dark Shadows'.

He said: "There's people like, 'Everything's gonna be in 3-D,' or 'I hate 3-D!' I think people should have a choice. I don't think it should be forced on anybody. At the same time, it's great, some of it.

Discussing his plans for 'Dark Shadows' - which stars Johnny Depp and Michelle Pfeiffer in a movie version of the vampire TV show - Tim confirms the film will have a "weird tone".

He added to The Wrap: "It's been hard to kind of come here because I'm just starting, and it's a weird tone and it's a lot of actors and, you know, we're not starting with the simple stuff; we're sort of getting right in there. You like to kind of sneak up on it a little bit, but this one we just kind of slammed right into it.

"I'm early into it because it's a funny tone, and that's part of what the vibe of the show is, and there's something about it that we want to get."