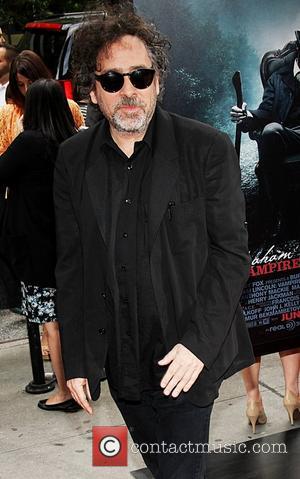 Tim Burton released a special extra- footage trailer of his upcoming animated film 'Frankenweenie' at Comic-Con in San Diego on Thursday (12 July 2012). The movie is in a characteristically B-movie style black and white and serves as the more modern extended remake of his own 1984 short film of the same name. The new trailer features classic horror style lettering and the archetypal booming male voiceover famously used in the majority of old school horror movie trailers.
'Frankenweenie' tells the story of a young boy, Victor, who uses science to bring his beloved dog Sparky back to life to disastrous consequences. Featuring a handful of actors Burton has notably worked with in past flicks, such as Winona Ryder, Catherine O'Hara, Martin Short and Martin Landau, 'Frankenweenie' has been inspired by various classic horrors, the most apparent of which is of course 'Frankenstein'.
Burton is noted for his signature dark themes in movies and quirky style of animation such as in 'The Nightmare Before Christmas' and 'Corpse Bride. He is often associated with using his partner Helena Bonham Carter and Golden Globe winner Johnny Depp repeatedly in his movies, for example 'Sweeney Todd: The Demon Barber of Fleet Street' and 'Alice in Wonderland'.