Tim Burton: Dark Shadows Is Cheaper Than Drugs And Alcohol

Tim Burton says going to see his film is better and ''cheaper than DRUGS and alcohol''. 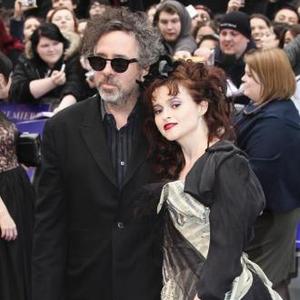 Tim Burton says going to see his film is better and ''cheaper than DRUGS and alcohol''.

The 'Dark Shadows' director thinks his new vampire comedy - starring Johnny Depp, Helena Bonham Carter, Michelle Pfeiffer and Eva Green - is worth the admission fee, despite the abundance of movies about the mythological creatures of the night in recent years.

Tim attended the UK premiere of 'Dark Shadows' last night (09.05.2012) at the Empire Cinema in London's Leicester Square, where he walked the purple carpet along with his movie's stars and spoke about working with long-term partner Helena for the seventh time.

He told BANG Showbiz: ''We're still together, that should say something! It's hard, but we've figured it out.''

Tim's other Muse Johnny stars as cursed vampire Barnabas Collins who returns to his stately home after 200 years only to find it inhabited by his dysfunctional Descendents and Tim revealed their bromance is still going strong, joking about the intimate nature of their 22 year Friendship.

When asked what the pair get up to when the cameras aren't rolling, he quipped: ''Breaks? Together? Alone? Oh it's too personal, I can't say.''