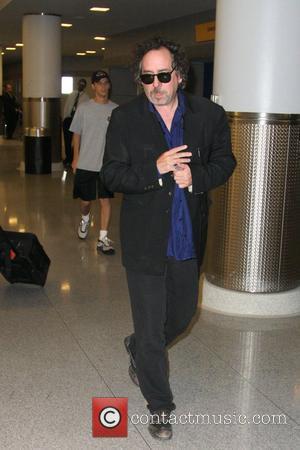 Moviemaker Tim Burton has blasted politically correct parents for ruining fright nights for their kids.
The director fears today's children rarely get to see films that scare them, insisting a little bit of terror is good for youngsters.
He tells WENN, "I don't know why adults keep fighting that. They keep fighting the fairy tales that have been told since the beginning of mankind. They're fighting Pinocchio. They forget what it's like to be kids. Kids like to be scared.
"Most great children's literature is politically incorrect, so I don't know why they can't get used to it by now.
"Dr. Seuss, there's something wrong with him. His stuff was, at the time, considered having communist implications. I don't see it myself but certain people do see those kinds of things.
"Real people, real life, your neighbours - that's scary."
And the Nightmare Before Christmas moviemaker insists such political correctness often makes it hard for him to do his job.
He explains, "When I was first doing stuff like Beetlejuice or Batman I used to get a lot of s**t for things being dark... When I was working on Nightmare Before Christmas I had endless arguments with the studio heads who said, 'You can't have a main character that's got no eyeballs. How is someone gonna feel about somebody with just eye sockets?'
"It's those kinds of things that really kind of wear you down."