'Big Eyes' Could Be Tim Burton's Finest Movie In Years

'Big Eyes' has scored strong reviews from the critics.

Big Eyes, the true story of painter Walter Keane, directed and produced by Tim Burton, hits theaters on Boxing Day. Keane was one of the most successful artists of the 1950s and appeared to spearhead the commercialization of art with his paintings of waifs with big eyes. 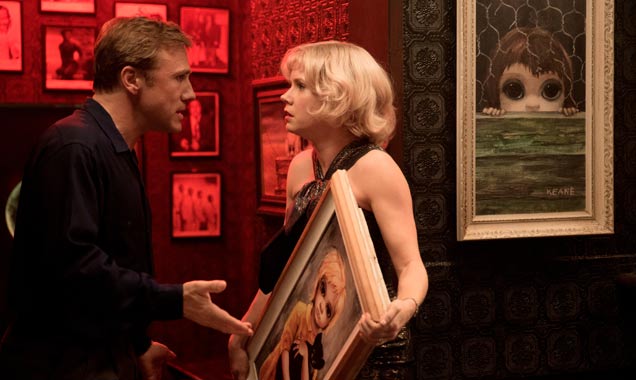 Waltz plays Keane, while the phenomenally talented Amy Adams plays his wife Margaret, who it was discovered is the real talent behind the paintings. This cultural lie of epic proportions is told expertly by Burton, whose talents appear to have been put to full use for the first time in years.

"Despite its sharp feminist sting, Big Eyes never loses its light touch. Maybe the lesson here is that Burton should venture out of his dark, creepy comfort zone more often," said Chris Nashawaty of Entertainment Weekly.

"This nimble, bemused, culturally curious look at the married instigators of the kitschy "big eyes" paintings of the early 1960s exudes an enjoyably eccentric appeal while also painting a troubling picture of male dominance and female submissiveness." said Todd McCarthy of the Hollywood Reporter. "Big Eyes does Margaret Keane justice. Adams is so emotional you feel her heartbreak in the earliest simple betrayals, let alone when it gets more intense. Waltz is whimsical and charming, tragic and frightening," wrote Fred Topel of Nuke the Fridge.

"An incredible return to form for Tim Burton, who once again has found an outsider hero worth filming, and who here does some of his finest work in bringing her to life," said William Bibbiani of Crave Online.

One thing's for sure: Amy Adams will once again be Oscar nominated for Big Eyes - her sixth without a win. Maybe this time will be the one.

Watch the trailer for Big Eyes: