We're so looking forward to this disturbing modern remake.

An exciting moment in horror film history is set to arrive this Fall, as Amazon Studios presents a reimagining of the iconic 1977 Italian movie 'Suspiria'. The trailer dropped last month, along with an original song by composer Thom Yorke, and there are so many reasons why we can't wait for this flick.

The cast of Suspiria

If you've seen the original, you can probably tell by the trailer that this new film will not be a literal remake, but it's certainly a re-envisioning of the sinister tale. It's been written by David Kajganich, who has also been working on a screenplay for a new incarnation of the Stephen King story 'Pet Sematary', out next year.

From Italian director Luca Guadagnino, who most recently helmed the Oscar-winning romantic drama 'Call Me by Your Name', the film follows Susie Bannion (Dakota Johnson) who arrives at Markos Dance Academy in Berlin and soon begins to have doubts about its mysterious director Madame Blanc (Tilda Swinton). It's up to her, with the help of her friend Sara (Mia Goth) and a psychologist named Dr. Josef Klemperer (Lutz Ebersdorf), to uncover the dark secrets woven within the school's prestigious walls. 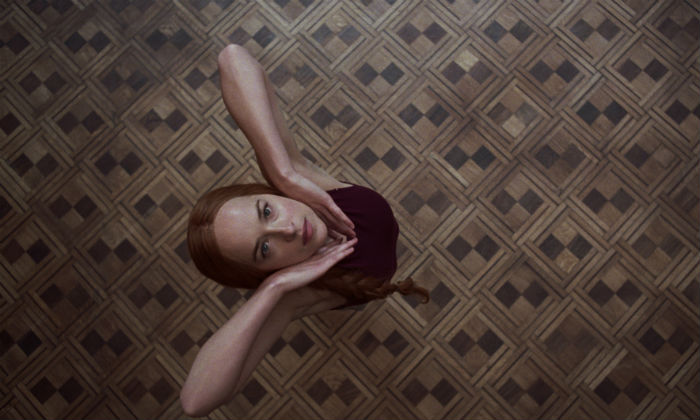 The ensemble cast is the most immediately attractive thing about the film, with the likes of Dakota Johnson, Tilda Swinton, Mia Goth and Chloe Grace Moretz. But what of the totally unheard of elderly actor Lutz Ebersdorf? As it turns out, that's just an alter-ego of Tilda Swinton, who will not only star as the menacing Madame Blanc, but also Dr. Josef Klemperer - presumably a reinvention of the original's Dr. Frank Mandel - and the Academy's witch-founder Helena Markos.

Three roles in one is an impressive feat, and with her taking on Mandel, that means that the entire main cast of the film is female. Interestingly, Jessica Harper - who played Suzy Bannion in the original - will be returning to the remake, this time in the role of a new character named Anke.

Perhaps the most exciting aspect of this film is, of course, the soundtrack, composed by Radiohead's Thom Yorke. He won the Soundtrack Stars Award for Best Original Song at Venice Film Festival on September 1st, thanks to his haunting number 'Suspirium'.

The score was an important aspect of the original, composed by Italian progressive rock band Goblin, so we're expecting equal greatness from the king of melancholy himself in his first feature-film score.

If none of that's enough to convince you to see this movie, consider what Dakota Johnson had to say about filming it. She claimed that she had to go through weeks of therapy afterwards because of the intensity of some of the scenes. It was a gruelling time for the actress anyway, as she also had to undergo two years of ballet training.

But don't just take her word for it; rumour has it that audience members actually got up and left during footage aired at the 2018 CinemaCon presentation, because of how disturbing it was. So far that sounds massively similar to reactions from the 1977 movie. 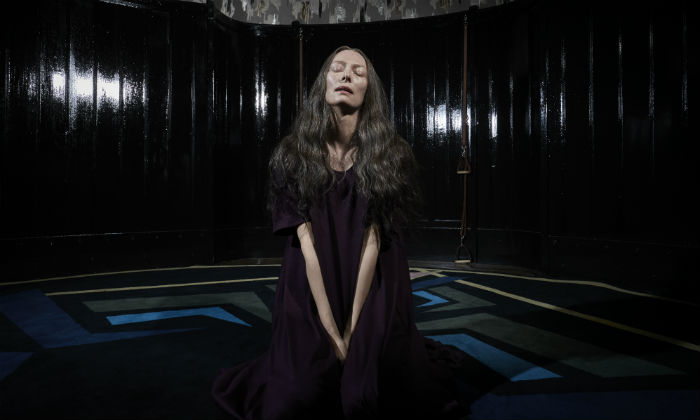 Where the two films differ, however, is the general visual aesthetic. The remake is noticeably less colourful, although the colour red still features promininently. It also incorporates a more expansive exploration of The Three Mothers mythology, which original director Dario Argento dealt with in sequels 'The Mother of Tears' and 'Inferno'. Naturally, it's an hour longer too; at 2 hours and 32 minutes, it's going to be a lengthy journey.

'Suspiria' will be released in New York and Los Angeles on October 26th, reaching the rest of the US on November 2nd and the UK on November 16th 2018.