Tilda Swinton Sleeps In A Glass Box In New York, But Is It Art?

Acclaimed Scottish actress Tilda Swinton, who recently starred in the video for David Bowie's new single The Stars (Are Out Tonight), slept in a glass box inside the Museum of Modern Art in New York for an art piece. Visitors to the famous institution were treated to a view of Swinton, one of the world's most revered actresses, in a state of slumber for a reprisal of her piece 'The Maybe.'

Pictures of the event showed Swinton dressed in a light blue shirt, dark trousers and lying on white bedding. A pair of glasses was placed behind her. A description of the piece states, "The Maybe 1995/2013. Living artist, glass, steel, mattress, pillow, linen, water and spectacles." It's not the first time Swinton has performed the live-art - she debuted The Maybe at the Serpentine Gallery in London's Hyde Park in 1995 before reprising it one year later at the Museo Barraco in Rome. Though the piece generated considerable buzz in New York over the weekend, Swinton has committed to being only an "occasional feature" at the MoMA in the coming weeks, according to The Guardian. Anything more drastic and she'd be approaching David Blaine territory.

MoMA said in a statement: "An integral part of The Maybe's incarnation at MoMA in 2013 is that there is no published schedule for its appearance, no artist's statement released, no museum statement beyond this brief context, no public profile or image issued. Those who find it chance upon it for themselves, live and in real - shared - time: now we see it, now we don't."

Tilda Swinton is currently shooting Wes Anderson's new movie The Grand Budapest Hotel, about the trials and tribulations of Mr Gustave, who serves as the concierge in a Hungarian hotel. It also stars Jude Law and Edward Norton. 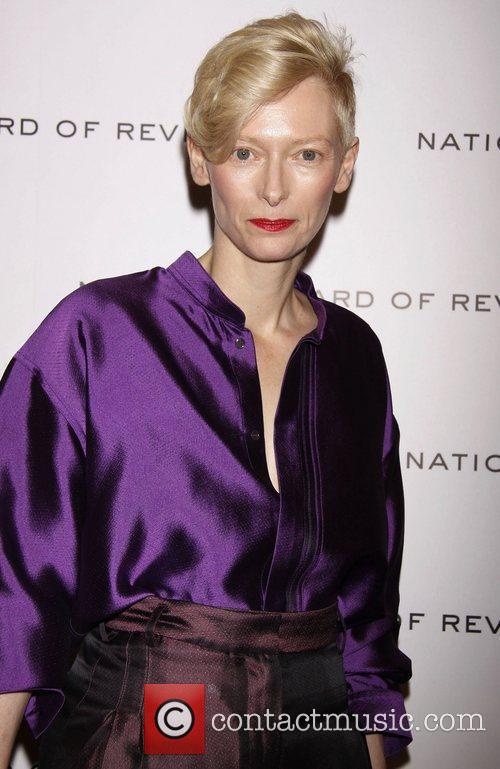