Tilda Swinton had no idea how prestigious the Academy Awards were until she won one because she had never watched the ceremony. 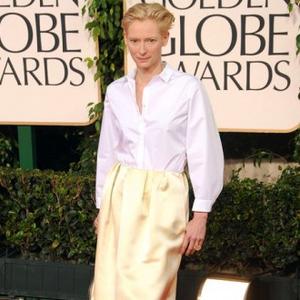 Tilda Swinton claims she had never seen The Oscars until she won one.

The Scottish actress won the Academy Award for Best Supporting Actress for her role in 2007 movie 'Michael Clayton' but insists she had no idea how prestigious an accolade it was, though she admits it boosted her career.

She said: "Yes, that was lovely, but I have to admit that I'd never seen the Oscars on television and really had no idea that it was so important. It was a very long show, but it did move me up from the children's table, professionally, in Hollywood."

Tilda - who has twins Xavier and Honor with painter John Byrne - admitted the accolade didn't have meaning for her and had no baring on her subsequent career choices.

She told W magazine: "Did it have meaning for me?

"Not really. After winning, I went straight to Milan and started 'I Am Love'. Since then, I haven't done another Hollywood film."

The actress also admitted her children are unimpressed by her career and have only seen her in one film.

She added: "The only movie of mine that my children have seen is 'The Lion, The Witch, and the Wardrobe', where I played the evil White Witch. My daughter said it was too loud.

"They're just not Disney kids. They live in Scotland and don't have a television.

"When I brought my Oscar home and showed the children, nobody knew what it was. The thing sat on the kitchen table for two weeks. It was kind of meaningless to them. "