Tila Tequila claims Paul walker's death was a "ritual murder" and Adolf Hitler was "a special and sweet kid".

Tila Tequila is in the midst of a media backlash after she made some astounding claims this week.

The former MTV reality star has caused controversy on her Facebook page by sharing her strange opinion on Paul Walker's death as well as feeling compassion for Adolf Hitler.

One Sunday (Dec 8th) the 32 year-old claimed that Paul Walker's sudden death on Nov 30th by a fatal car crash wasn't an accident, it was a "ritual murder".

The post read, "I know who killed Elisa Lam. The Mysterious Video of the Girl in Elevator who ended up 'mysteriously dead' at the bottom of a closed off water tank."

"I believe I am the only person on this entire planet who knows what happened. I knew it the first time news of the strange video started circulating the internet weeks ago."

She continued, "I have just kept my mouth shut because there is a lot more to it and of course . . . cases like this . . . I just did not want to draw any attention to myself but I know exactly why they did it and yes it was indeed a ritualistic murder. Just like Paul Walker's death."

The Singaporean-born model also claimed to be a supporter of the Nazi's and their leader Adolf Hitler.

On Monday (Dec 9th) she referred to the infamous barbaric leader as "a special and sweet kid" as well as writing, "I never said I hated anyone, but just because I feel sympathy, compassion, and forgiveness for others such as Hitler means I am now a monster? All for trying to open your eyes to the truth that Hitler was NOT as bad as he was painted out to be?"

Since these claims Tila has been unanimously slammed on her Facebook page and other social media outlets. 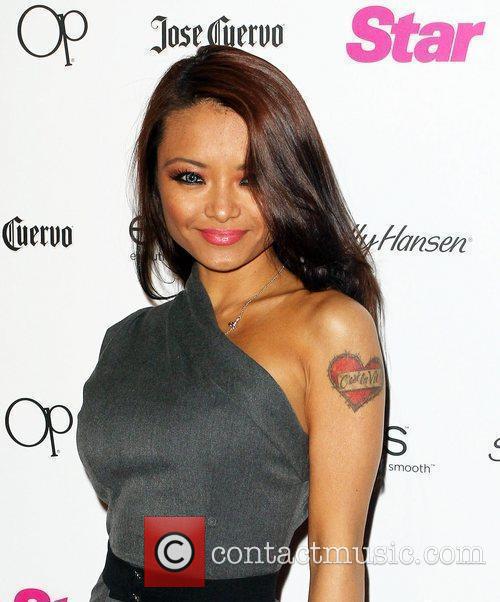 Tila has been slammed on her Facebook since the claims