Tila Tequila Has Apologised For Making "Terrible Mistakes" After She Was Booted From The U.k. Celebrity Big Brother House For Making Anti-semitic Comments And Sympathising With Adolf Hitler On Her Facebook.com Page. 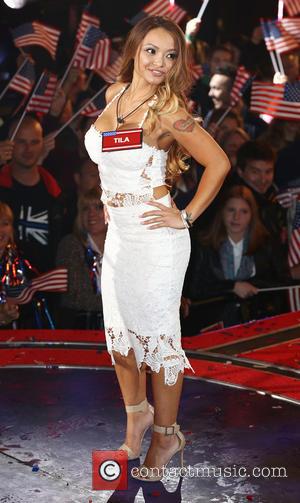 The American reality star shared a statement on her Twitter.com account on Friday (28Aug15) after she was evicted from the house.

She had posted on her Facebook page in 2013 a mocked-up photo of herself in a Nazi uniform in front of the Auschwitz concentration camp, and said that Hitler wasn't a "bad person".

A huge backlash against the star began when Tequila entered the house on Thursday (27Aug15), and the Channel 5 show's creators made the decision to oust her from the house.

She has now asked for forgiveness over her comments and said that she was "absolutely not 100% a Nazi supporter", blaming severe depression and drug addiction for her controversial comments.

She wrote, "Back in 2013 I made a statement about Hitler not being a bad person, and immediately realised soon after that I had made a terrible mistake that would ultimately come back to haunt me. During that time I had been suffering from severe depression, and drug addiction for many years prior to that.

"I also attempted to commit suicide in 2012 and overdosed on prescription pills. I wanted to die. I felt worthless and unloved as that pain continued to grow causing me further to spiral out of control. Losing touch of myself and reality.

"I have made many mistakes that I am definitely not proud about, but I am only a flawed human who is trying my best to be a better person than I was in the past. Although I cannot do much to change my past mistakes now, I can however, try to make things right from this morning forward, and be the best person that I can be. I am in no way, shape or form a racist nor antisemitic and absolutely not 100% a Nazi supporter.

"It was a careless mistake I made in 2013 while suffering severe depression, drug addiction and (being) suicidal. That is not the woman I have grown up to be today, and the loving mother that I have become. I hope that Celebrity Big Brother will give me a second chance."

Channel 5 bosses insist they were unaware of Tequila's social media outburst, and they decided to remove her immediately once they were made aware. They said in a statement on Friday, "The views Tila had expressed, and permitted to remain uncorrected, are totally unacceptable and, accordingly, her continued involvement in the programme was untenable."