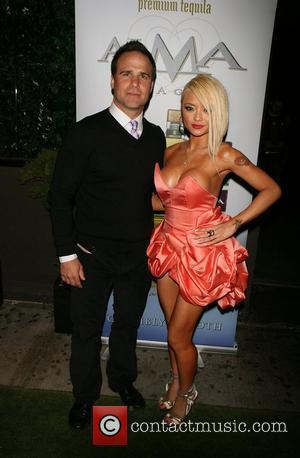 Reality TV star Tila Tequila is no longer pregnant.
The colourful singer/model launched her new single I Love My DJ at New York's Greenhouse on Wednesday (14Apr10) and looked nothing like a four-month-pregnant mum-to-be.
With a bleached blonde new do and a low-cut salmon pink mini-dress, Tequila bounced around the club at the Alma tequila-sponsored event.
And now her new publicist, Brad Taylor, has confirmed his client is no longer with child.
He tells WENN, "She's not pregnant. There were medical complications."
Tequila announced she was pregnant in January (10) and prompted fears for her wellbeing and the welfare of her unborn baby a month later (Feb10) following a fall at her Los Angeles home.
The pin-up was admitted to hospital on 13 February (10) after hitting her head in the fall.
In a panicked post on her Twitter.com blog, Tequila wrote, "I just fell off of my chair, slammed my head into the wall and heard the back of my skull crack. There's a dent in it now!"
She added, "Ambulance on the way to my house. I could have a brain concussion and die in a few hours."
She was diagnosed with a concussion and sent home, where she returned to Twitter.com to express fears about her baby's health after experiencing pains in her stomach.
In a series of bizarre blog posts, she wrote, "I just woke up in the middle of the night cuz (sic) I'm having these intense sharp pains in my belly... Something is definitely wrong. The hospital gave me a list of symptoms (of miscarriage) & this is one of them."
She then posted messages about taking her own life, writing, "I told my friend I would just kill myself if anything ever happened."
But she decided against calling emergency services and signed off with another note explaining she would try and sleep off the pain before boarding a flight to Australia.
Her new publicist has refused to go into details about the "medical complications" that ended Tequila's pregnancy, but added, "She's very healthy and going out."