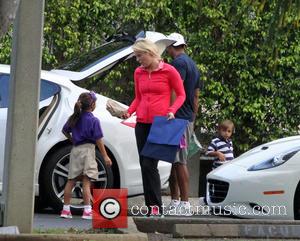 The woman who prompted the end of Tiger Woods' marriage is single again after her own union was officially dissolved.

Uchitel is now officially single after the divorce was finalised on Monday (13Jan14).

She has primary physical custody of their daughter, Wyatt, while Hahn has visitation rights.

Uchitel's fling with golf superstar Woods opened up the sportsman's cheating scandal in 2010, ultimately breaking up his marriage to Elin Nordegren.