Veteran Danish filmmaker Thomas Vinterberg (Festen, The Hunt) returns to a smaller homegrown story after last year's beautiful adaptation of Hardy's Far From the Madding Crowd. Set in 1970s Denmark, this intimate drama explores a complex web of relationships ignited by a social experiment. It's a beautifully made film with an ace cast of actors. And the layers of resonance keep it involving even when it drifts into melodrama from time to time. 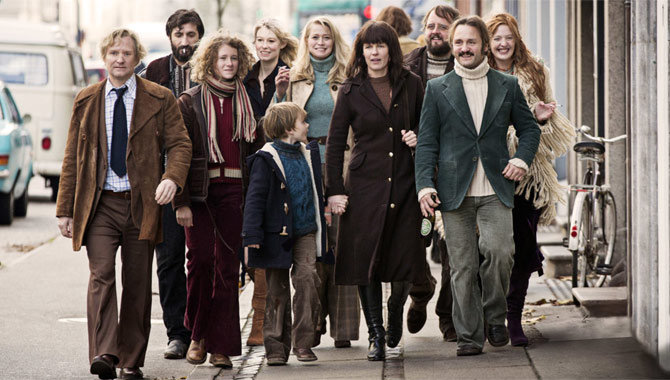 After inheriting the home where he grew up, architecture professor Erik (Festen's Ulrich Thomsen) and his news anchor wife Anna (A Royal Affair's Trine Dyrholm) decide to move in. But the house is too big for just them and their 14-year-old daughter Freja (Martha Sofie Wallstrom Hansen). So they invite their old pal Ole (Lars Ranthe) to join them, then vote to admit several others, including a couple (Anne Gry Henningsen and Magnus Millang) with a frail 6-year-old son and a guy (Fares Fares, of The Keeper of Lost Causes) who wears his emotions on his sleeve. With the house full, their lives become enjoyably full. Then this warm extended family has to face a serious challenge when Erik falls in love with his student Emma (Helene Reingaard Neumann) and decides to move her into the house as well.

While the entire cast is excellent, the main focus is on central quartet of Thomsen, Dyrholm, Hansen and Neumann, each of whom delivers a surprisingly textured performance as an engaging person whose personal decisions create all kinds of issues for the people around them. Obviously, Dyrholm's role elicits the most sympathy as a woman trying to be open-minded about her husband's affair, but unable to avoid the feeling that her life is crumbling around her. Her scenes with Hansen and Neumann carry an extra emotional kick that's very moving. Meanwhile, Thomsen is sympathetic but not very likeable, understandably.

Superficially about child abuse, this riveting, troubling Danish film is actually an exploration of collective paranoia. And the centrepiece performance from Mikkelsen is so good that it helps us overlook some of the rather awkward plot points. Indeed, Mikkelsen won best actor at Cannes for his work here as an innocent man caught in an unexpected witch hunt. But the topic is so touchy that we almost start to doubt him. 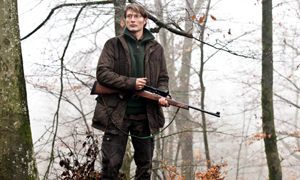 Mikkelsen plays Lucas, a nice-guy kindergarten teacher who is recovering from a messy divorce and still hopes to get custody of his teen son Marcus (Fogelstrom). Lucas lives nearby his hunting pal Theo (Larsen), whose young daughter Klara (Wedderkopp) is one of his students. Lucas and Klara have a special connection, so when she tells him she loves him, he corrects her gently. She doesn't take this well, and lashes out with a random lie to the headmistress (Wold), who concludes that Lucas has been abusing her. From here, a series of misunderstandings turns Lucas' life into a nightmare, as he is shunned by everyone he knows.

The way the script creates such a perfect storm for Lucas' downfall is a bit convenient, as several characters bullheadedly refuse to believe a word he says (including his boss and his best friend). And Lucas never defends himself, which might be understandable since he can't even imagine why anyone would accuse him of something so horrible. Mikkelsen plays the role with transparent emotion that grabs hold of us from the start and never lets go. His interaction with everyone is pointed and often shattering. And watching his helplessness in the face of Klara's small germ of a lie is often painful to watch. 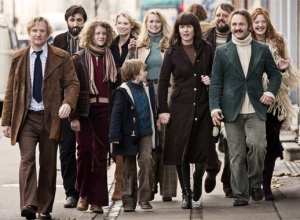 Superficially about child abuse, this riveting, troubling Danish film is actually an exploration of collective...