This Many Boyfriends - Number One Video

Hailing from Leeds, This Many Boyfriends showcase their upcoming new single 'Number One', to be released on October 1st 2012, with their new video ahead of the release of their self-titled debut album out on October 8th through Angular Recording Corporation.

The video has been directed by Nik Vestberg and features vocalist Richard, bassist Tom, guitarist Daniel and drummer Laura spending their time hanging out on the seafront, going for drinks, arcade gaming and going on fairground rides. The vocals are gentle and low, quite a contrast to the catchy and up tempo guitar riffs and fast drums.

This Many Boyfriends are probably one of the most appreciative and honest bands around in terms of writing about their love for their favourite artists; a regularity that really helps them connect with their ever growing fanbase. One guy who has shown his approval is Ryan Jarman from Northern rock band The Cribs who took the liberty of recording and mixing TMB's debut album and who also happens to be one of those artists mentioned in their songs. Richard says the group saw Jarman as a 'kindred spirit': 'He liked all the stuff we liked, and he really cared - he took a lot of time and effort over getting it right', he said.

This Many Boyfriends - Tina Weymouth

This Many Boyfriends - Number One...

This Many Boyfriends - (I Should... 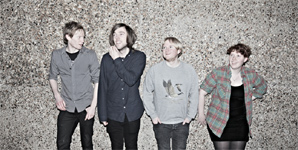 This Many Boyfriends - Number One Video Video 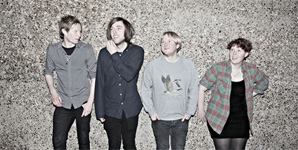 This Many Boyfriends - (I Should Be A) Communist Video