By Andy Peterson in Music Reviews on 02 March 2011

In an era where creativity has become a cipher for switching musical gears at will, Thirteen Senses third album Crystal Sounds represents nothing short of a gamble. Unceremoniously dropped by Mercury after the commercial failure of 2007's Contact, it's taken four years for the quartet to resurface, practically an ice age in musical terms and also a period that saw the last vestiges of the early noughties sincerity-based stadium rock being swept away. 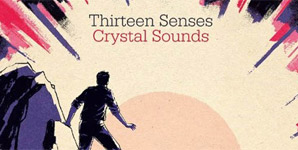 By Andrew Lockwood in Music Reviews on 03 February 2011

Three and a half years ago Thirteen Senses posted on their web-site that they had started to record songs for their new album, the follow up to their second, 'Contact'. Although some of the new album surfaced via the web last March this single marks the bands return as a physical, and proper release. 'The Loneliest Star' is the first single to be put out on the bands own b-sirius label and is also the first to be taken from their 'Crystal Sounds' LP.

With a fair degree of commercial success behind them, the accolade of being the only Cornish band with a Top 20 single and the love of TV producers everywhere (13S have featured in Grey's, MOTD, Master Chef and Dragon's Den to name but a few) they may have felt some pressure to settle on the follow up material. I'd like to say the protracted wait had been worth it but alas it appears not.

Lyrical gems or tired and cliched, take your pick. (I'm thinking it's not the first) The song is inoffensive enough and is as immediate and obvious on the first listen as the last. The looping synth notes are coupled with a revolving guitar thread that is frequently interspersed with a volley of bass drum rhythms and power chords. Will South's vocals sit rather unimpassioned above and it's all over in 3mins, 20 secs. 30 Seconds To Mars anyone? 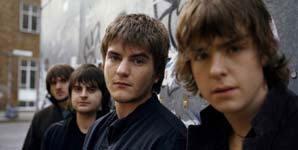