Review of Field Of Reeds Album by These New Puritans

When the term 'post-rock' was coined around twenty years ago, it wasn't coined for what it has come to represent now. What was meant to be a grouping and a primer for artists that took root in rock music and branched into new directions (see Talk Talk, Tortoise and Bark Psychosis) eventually became a byword for groups with barely a passing interest in invention; the verse/CHORUS/verse blueprint was not torn up but merely stretched into quiet/LOUD/quiet and so 'post-rock' has become, for the most part, a tagline for students with fetishes for distortion pedals playing overly long power-chord workouts for each other. 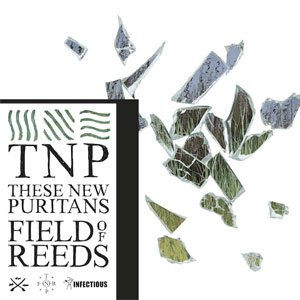 With Field Of Reeds, These New Puritans present 'post-rock' in its purest and most vital form. Their third album is one of staggering ambition even in the context of its predecessor, 2010's sleeper hit Hidden. It sits closer to the baroque majesty of Her Name Is Calla, or even the more fragile moments of Kayo Dot's back catalogue, than the discordant, preening art-rock of their earliest material. But more accurately it stands alone.

Yes, there will be many comparisons drawn to the aforementioned Talk Talk, but bar the occasional moment (such as the way the brass of opener 'The Way I Do' eerily echoes their shadowy forefathers' epic 'Taphead') the main thing that ties the two bands together is silence, and their expert use of it. Field Of Reeds is a very quiet record, barely graced by percussion and with vocals that hardly raise above a whisper whether they be from the mouth of Jack Barnett, whose delivery here is much improved, or new member Elisa Rodrigues, a Portuguese jazz singer who joined the band prior to the recording of Field Of Reeds and who shares roughly half of the vocal duties on it.

However, despite the appreciation of silence across the album, it is unfair, let alone inaccurate, to call it 'minimalist' as from start to finish it is extremely rich and painstakingly layered. The scope is great; the acoustic mixes with the electronic, the ambient with the abrasive, but nothing ever feels cluttered or out of place. On 'Organ Eternal', a bassoon dances around a bassy synth riff that mirrors a Balearic hookline fed into William Basinski's Disintegration Loops project, akin to Jaga Jazzist's Swedensborgske ROM albeit in a manner much less grandiose. On 'V (Island Song)', which is the album's longest track at over nine minutes long, there is a dusty jazz vibe which is slowly mutilated by decayed snares and treated vocals. Around these and in between them there are myriad sounds and emotions, as many alien as there are placeable, as many unique as there are traceable.

In such a way it lacks the human heart and ease of access that makes it 'mean' something, but Field Of Reeds is a highly rewarding listen throughout and another step in one of the most unexpected left turns in modern British music. The most exciting thing is that you get the feeling that for These New Puritans this isn't the apex, but merely the beginning. 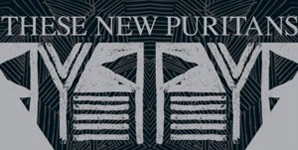