Last time These Monsters released an album, it was the impressive Call Me Dragon, an album made up of seven lengthy, proggy instrumental pieces of sludge rock recorded on vintage equipment. On its follow up, Heroic Dose, the band do not appear to be interested in repeating themselves one bit. The longest song on offer here clocks in at just under four minutes. There is also singing, in a manner of speaking. 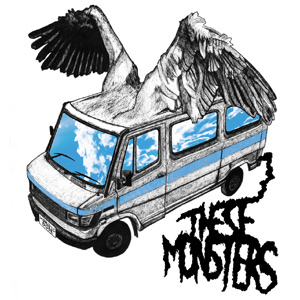 The album opens up with a hard hitting, doomy, crescendo laden intro before launching straight into Very Strong, Very Clever; a song that incorporates scuzzy punk guitar tones and a vocal style that would not sound out of place on a record by The Bronx. It is almost like someone has stirred the band out of their more cerebral pretentions and directed them to their more primal, instinctual urge to just rock.

The album is relentless. With little to no time to catch breath, These Monsters launch straight into their tongue-in-cheek recent single When the Going Gets Weird which fuses humour with this new punk sound. The guitar riffs are jagged and twisting, and the chorus is Godzilla-sized, endlessly memorable and outrageously funny.

By Thom Holmes in Music Reviews on 11 February 2010

Review of These Monsters' album Call Me Dragon 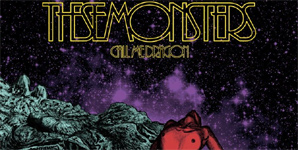 These Monsters - Call Me Dragon

Call Me Dragon video from These Monsters

Continue: These Monsters - Call Me Dragon