By Michael West in Lifestyle / Showbiz on 30 November 2012 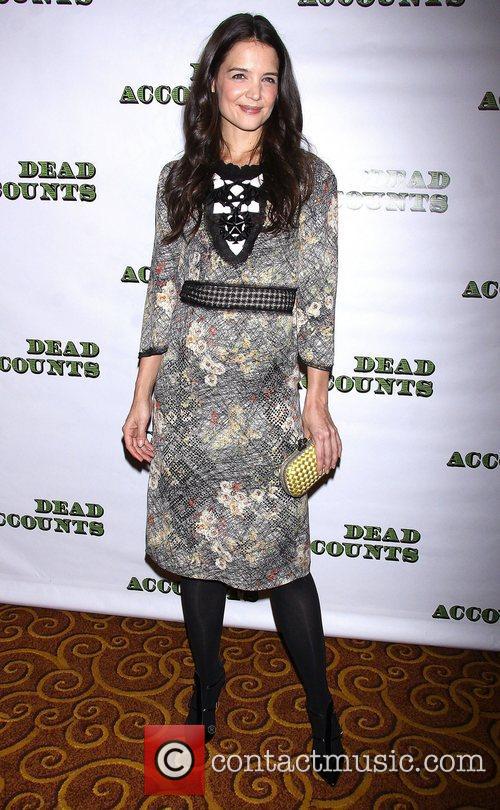 It represents Holmes' first major week since her acrimonious split from husband Tom Cruise, though she appeared a picture of happiness at the premiere photo-call in New York. Wearing an oriental-inspired Bottega Veneta floral blouse, the actress stepped out after the performance looking decidedly happy with her evenings work. The performance actually received mixed reviews from critics. The New York Times said, "Dead Accounts is, I think, meant to be about the inflation of the superficial in a materialistic society, and the attendant, unsatisfied craving for belief. ... But the play never follows through convincingly on any of its ideas," while the Associated Press said, "Holmes relies too much on a whiny teenage angst and a guilelessness that worked on TV but lacks nuance onstage. That said, she does generate two of the biggest cheers in the play." The Los Angeles Times commended Holmes for being "charming" and "natural." The play is written by Pulitzer Prize finalist Theresa Rebeck, the creator of the NBC musical series 'Smash.'