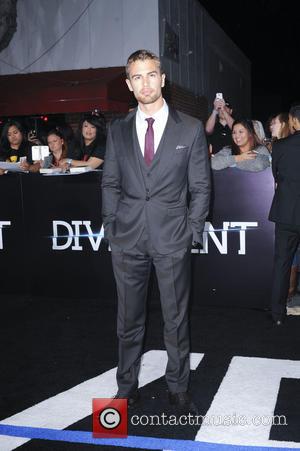 Actor Theo James is hoping to see a gay action hero on the big screen.

In an interview with The Advocate magazine, James points out that action-packed films tend to only centre on male characters, a trend he hopes changes to show more diversity in the future - including parts that look past gender and sexuality.

When asked if he thinks a lesbian, gay, bisexual, transgender (Lgbt) hero will ever make it to the big screen, he says, "It's very hard to tell, because today there are great shows like (U.S. Tv series) Looking, poignant pieces of work that revolve around a central cast of characters that happen to be gay.

"But I remember when Queer as Folk came out and thinking, 'Things are changing. Maybe there will be more shows like this.' And then suddenly there was a drought. Hopefully the day we have a gay action hero isn't far away."

He adds, "It's frustrating we still don't see more movies featuring strong women. But it does seem like things are beginning to change with films like this and The Hunger Games.

"We're in a world where masculinity, especially with these big spectacle movies, is often pushed by rippling six packs and forcing an image down someone's throat trying to prove masculinity. Whereas I think true masculinity comes from having a strong sense of self."