The Young Knives - Walking on the Autobahn Video

The Young Knives
Walking on the Autobahn
Video

The Young Knives release a new album ...are dead...and some on July 30th 2007, check out this track, Walking on the Autobahn, taken from the album.

What? I hear you say. A mini album by The Young Knives! Are you sure? Yes! Well maybe, it's complicated. '...are dead .and some' is actually a combination of two EP's, the first '.are dead' and the second 'rollerskater' (so that explains the title, kinda) released in October 2002 and May 2003 respectively. But why haven't I heard of these EP's before I hear you ask. Well this is because these EP's were released on Shifty Disco Records, an Oxford based label who were the first to pick up the boys back when they were still rehearsing in Oliver's attic.

But enough with the history lesson, let's take a moment to realise what we have on our hands here. '.are dead .and some' is a time capsule containing a little bit of unspoilt history, perfectly preserved and ready to be rediscovered. This is a record that tells the forgotten history of The Young Knives before their rise to indie fame. Naturally, as you would expect, the music is not as polished or sophisticated as we have come accustom to now. Don't get me wrong, the catchy guitar hooks and energy enthused, sing-a-long chorus that would later become The Young Knives' trademark are still present, but they are very much a work in progress.

This is The Young Knives in their most raw state. At a time when they wore their influences more openly, when the future was unwritten and it could have all been so very different. Nevertheless, this album oozes with potential. Whilst many of the tracks are almost unrecognisable with their later work, 'Working Hands' being the most prominent of them, there are moments of glittering genius that manage to poke through to the surface. Stand out tracks include 'English Rose' and 'Rollerskater' but they like 'Walking on the Autobahn', which is uncharacteristically roughshod to say the least, are full of a charming insecurity.

The Young Knives, Walking on the... 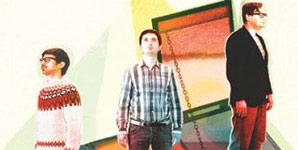 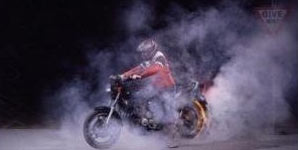 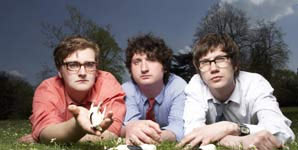 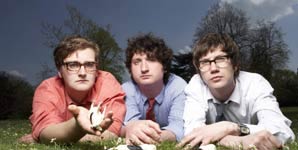 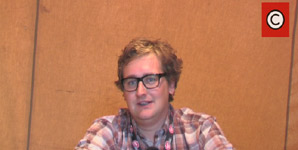 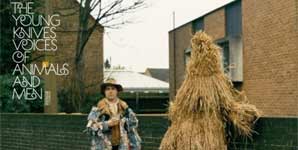 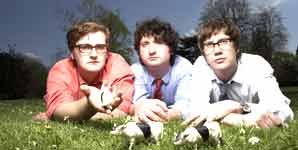 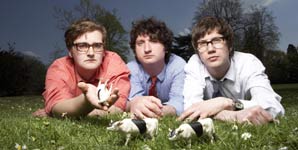