X Factor Update: Now the Show's Over, What Happens Next? 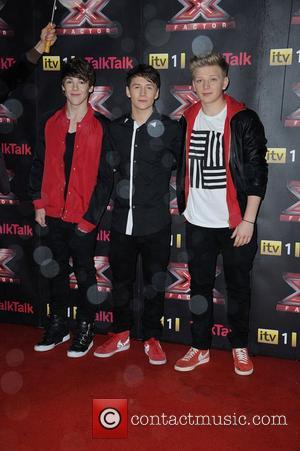 If you'd managed to avoid all news sources, Facebook, Twitter, and the television until now, you'll be overjoyed to learn that the bearded singer/songwriter James Arthur won X Factor. Jahmene Douglas came a close second while Christopher Maloney was booted out on Saturday night.

James Arthur has said that he'll be running things creatively when it comes to making his album. He told the Daily Mirror, "I will insist I have total control. I've been given creative control throughout and I've been lucky to have my mentor Nicole Scherzinger as an ally who has helped me out when I have strongly disagreed with stuff." Adding, "I have a feeling I will be able to call the shots. They don't mess with me, I'm a badass, me."

Likewise, the 21 year old runner up, Jahmene, is set to sign a deal with Simon Cowell as well, according to the Metro. Louis Walsh said that Simon had "big plans" for both artists, and later, Gary Barlow praised both James and Jahmene, saying: "The albums are going to be great. I can't wait to listen to both of them."

In distinct contrast to all the positive news we have about both James and Jahmene, Christopher Maloney is going out with a bang. But it's not fireworks, it's his career going up in smoke. Reports on Sunday stated that the 3rd runner up had got drunk and shouted at one of the producers. He was then banned from the final, and subsequently had a rant on Twitter describing it as a 'witch hunt', according to Yahoo. It's a real shame that he blew his chances like that, as the figures of votes over the whole competition have revealed that he topped the polls for 8 weeks, and it was only in Saturday's semi-final that James Arthur managed to beat the Scouse singer. According to Gigwise, his bad behaviour may lead to him not being allowed to join the rest of the contestants in The X Factor Live Tour.