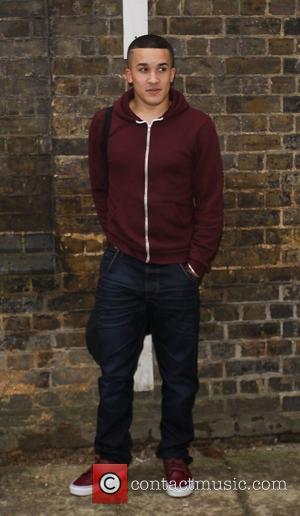 Jahmene Douglas - the runner up on this year's X Factor - has signed with Sony Music. The deal follows hot on the heels of Ella Henderson and Union J also putting pen to paper with the major label. Thanking his fans on Twitter, soul singer Jahmene said, "This is all down to all of your support! I'm EXCITED, eek manyblessings xx"

Despite holding the unofficial record of stretching every musical note to within an inch of its life, Jahmene clearly impressed Sony bosses and is likely to release his debut album in 2013. He's already signed on to appear in a TV advert for his former employers Asda, recording a version of Silent Night. Appearing on Lorraine Kelly's ITV show this week, the 24-year-old discussed his plans for the future, saying, "I see it as that growing process that you go through, and just a blessing because I've been through so much." Grimsby girl Ella Henderson announced her Sony deal last week, telling fans, "Thank u for your kind messages! X It's all of you who help to inspire my music!! I cannot wait for 2013," while Union J are presumably still in shock after being snapped up too.

Though history suggests The X Factor eliminees outperform the eventual winners in the charts, this year's victor James Arthur sold almost 500,000 copies of its single 'Impossible' in just one week. He remains on course to become Christmas No.1