ITV2 had been the home of 'The Xtra Factor' for 13 years.

Rylan Clark-Neal and Matt Edmondson have both lost their jobs today, as ITV announced that ‘The Xtra Factor’ – the ‘X Factor’ support show hosted by the pair last year – was being axed in favour of a digital spin-off.

“’The X Factor’ is our biggest ITV entertainment show, in terms of online engagement. We have taken the decision to move away from a linear switchover show, and instead focus our efforts on our digital platforms, in support of the main show,” an ITV spokesperson told The Mirror on Wednesday (January 18th).

‘The Xtra Factor’ was launched on ITV2 thirteen years ago, and helped launch showbiz careers for the likes of Holly Willoughby, Fearne Cotton and Caroline Flack. 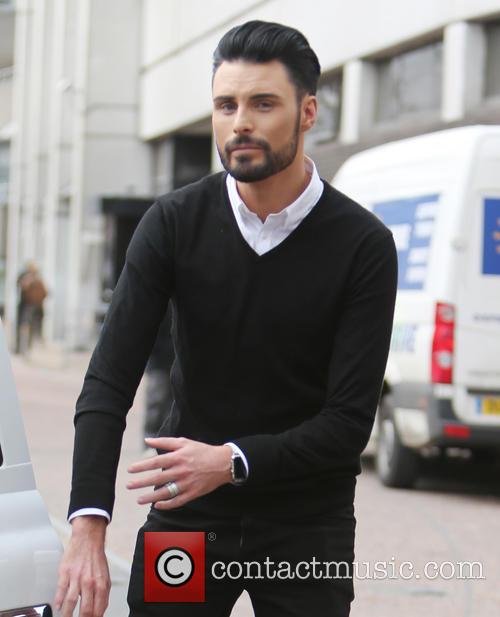 However, in the face of technological changes and sluggish ratings for the main ITV show, producers are believed to be favouring a move to an online platform for the spin-off show.

“We’ve had great fun making the show and would like to thank Rylan, Matt and Roman [Kemp, social media reporter] for their fantastic and entertaining work on the last series,” executive producer Richard Holloway said. “We now look forward to focusing on making great content for our social platforms in support of the main show.”

Insiders say that Edmondson and Clark-Neal had no impact or input on the decision-making process, and that they can count themselves as unlucky.

“They did a great job and if the show was continuing on TV they would definitely be returning,” a source told The Sun later the same day. “It’s just about the nature of how people consume TV now. ITV is already doing a very similar thing with ‘The Voice’.”

Clark-Neal, who still works for ‘This Morning’ and ‘Celebrity Big Brother’, reacted to the news via Twitter: “After an amazing series, I just want to say what an honour it was to finally host The Xtra Factor alongside the lovely Matt and naughty scamp Roman."

Edmondson added via his own tweet: "I feel very lucky to have done my dream job.”

A little note about the Xtra Factor news... pic.twitter.com/zXuaSKdOGR