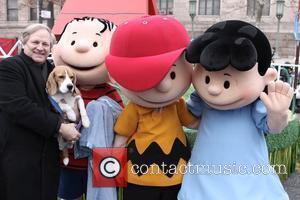 A Charlie Brown Thanksgiving isn't even the most popular instalment of the Charlie Brown franchise - A Charlie Brown Christmas and It's The Great Pumpkin, Charlie Brown both deliver bigger numbers - though it was the animated special that dominated the ratings on Thursday (November 22, 2012).

The programme held its own against big hitters Survivor and The X-Factor, pulling in its biggest audience in four years (8.1 million viewers and a 2.2 rating in the adult demographic). The numbers were up 22 per cent from last year, which is pretty damn good for a 22-year-old repeat isn't it? It was a pretty rubbish week for television in fairness, with network executives basically ignoring ratings during a holiday week. Essentially, nobody watches television and when they do, they don't care what's on, so long as they've got a belly full of turkey and beer. Everything slipped from last week, with NBC's Law and Order SVU falling 24 per cent. CBS' hit show CSI dropped the least, though still pulled in 8 per cent less viewers than last week.

In October it was announced that Charlie, Snoopy, Linus and Peppermint Patty are heading back to the big screen to celebrate the 65th anniversary of the Peanuts comic strip. 20th Century Fox Animation has acquired the rights to Charles M Schulz's series, with a movie in production for a 2015 release, according to BBC News.