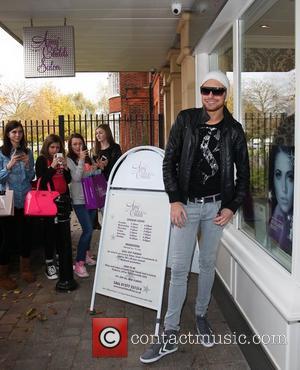 Last night’s X Factor auditions were fraught with tension, when one young hopeful’s moment in the spotlight ended in a dramatic tantrum. 21 year-old Krysten Colon’s audition was beset with problems from the offset, despite her telling judges that she was confident she would convince them of her talent. However, as she trembled through her rendition of Adele’s ‘Don’t You Remember?’ she was cut short and Simon explained that he didn’t feel that her personality was shining through.

Krysten, who pronounced her surname ‘cologne’ as opposed to the way it looks as though it may be pronounced, was given a second chance but her take on Whitney Houston’s ‘I Have Nothing’ was marred by the sound of thunder outside the building, in Greensboro, North Carolina. Her confidence still eluded her and she struggled to hit the notes in the challenging Whitney classic. Judge Britney Spears’ face said it all: she grimaced as Krysten struggled through the song. Then, in a stroke of perfect irony, lightning struck the building, causing some of the power to go and putting an abrupt and welcome end to the performance. “There was a reason that happened,” said Simon Cowell. The X Factor judges gave her four ‘no’s.

Krysten then stormed offstage in a flood of tears, which promptly gave way to anger. As a family member said to her “Krysten you said you weren’t going to do this,” she went on and very much did it… She shouted at the family members who had gone to support her and then threw water all over one of The X Factor cameras before running off into the storm, leaving her mum to apologize for her behavior.