British X Factor Band Debuts In U.s. At No. 1 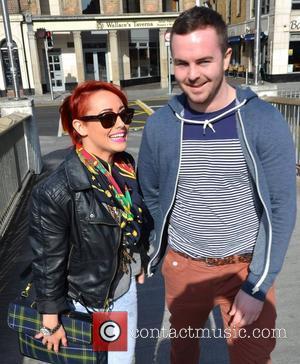 A five-member "boy band" that was a third-place finisher on the British version of The X Factor has accomplished what no other British pop group has -- not the Beatles, not the Rolling Stones, not Led Zeppelin, not Queen. One Direction has become the first British group to debut at No. 1 on Billboard 's album chart -- knocking Bruce Springsteen from that position to boot. Niall Horan, Zayn Malik, Liam Payne, Harry Styles and Louis Tomlinson, each between the ages of 18 and 21, had entered the televised talent competition individually in 2010, coming together as a group at the suggestion of producer/judge Simon Cowell, who later signed them to his Syco record label. Their success on this side of the Atlantic -- their CD, Up All Night sold more than 176,000 copies in its first week -- represents another demonstration of the power of social media. Their X Factor appearances have been viewed via YouTube tens of millions of times in the U.S. They have drawn 12 million followers on Twitter and 3.6 million of Facebook. When they performed on NBC's Today show in New York's Rockefeller Plaza last week for their first live appearance in the U.S., 10,000 fans showed up to see them. One Direction's stay at the top of the chart may be shortlived, given the avid demand for the Hunger Games soundtrack CD, which debuted on Tuesday, selling 150,000 copies on the first day.