The X Factor Adele One Republic

Adele Stunned Viewers In The U.k. By Debuting A Clip Of A New Song During A Mysterious Commercial On Sunday Night (18oct15). 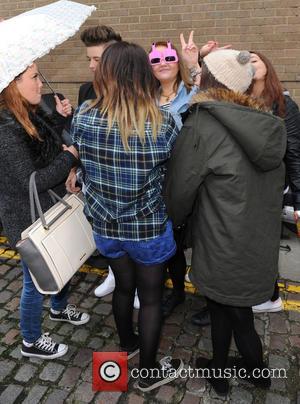 The 30-second advert was aired during Britain's The X Factor, and featured the Grammy winner singing a new track while the lyrics appeared on a black screen.

The lines read: "Hello/It's me/I was wondering if after all these years you'd like to meet/To go over everything/They say that time's supposed to heal ya/But I ain't done much healing..."

Multiple reports suggest Adele is preparing to release her first album in five years this November (15), but a spokesperson for the Brit has declined to comment.

She is rumoured to be working with top producers including Max Martin and One Republic frontman Ryan Tedder, who took to Twitter.com shortly after the commercial aired and simply wrote, "Adele" with a smile emoticon.

Her latest record, 21, was the biggest-selling musical release in 2011 and 2012, and has sold over 30 million copies worldwide.