'The Who' To Tour Classic Album Before They 'Drop Dead' 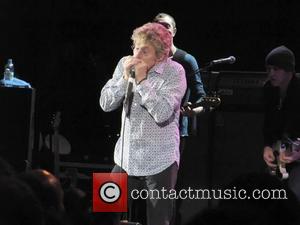 The Who 's classic Quadrophenia album will be getting a new lease of life, as Pete Townshend and Roger Daltrey get ready to hit the road later this year (November, 2012), The Guardian reports today (July 19, 2012). The duo are planning to embark on a 40th anniversary tour, taking the rock opera on a 36 date tour of North America. "We've been anxious to work together before we drop dead," explained Pete Townsend.
Doubt has long been cast over the possibility of Pete and Roger working together again. Townshend notoriously suffers with hearing problems, including tinnitus and was unable to perform during Daltrey's 2011 tour, in which he performed The Who's 1969 album Tommy. Speaking about the album, Townshend said "I really love playing all of it. It's a unique piece for me in that . It flows naturally, and I always feel proud of my achievement as the writer, that I put it all together and gave the band a third wind." Daltrey and Townshend will be accompanied on the tour by long term associates Zak Starkey, Chris Stainton, Pino Palladino and Simon Townsend, as well as Loren Gold and Frank Simes. Each night of the tour will see the band playing Quadrophenia in full, as well as a few other classics, such as 'Baba O'Reilly.'
Pete Townshend also revealed that he has almost finished writing his memoirs. The book is expected to be published this autumn. Quadrophenia was originally released in 1973 and was adapted into a film, starring Phil Daniels, in 1979.