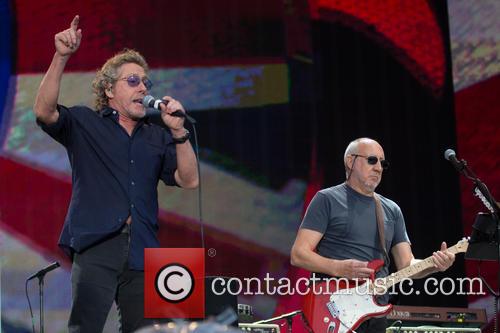 The Who performing live in 2015

Five UK ‘Greatest Hits’ dates have also been re-arranged from August and September 2016 to April 2017, to immediately follow the special Tommy shows, at which excerpts of the acoustic shows will be repeated.

Released in May 1969, Tommy was one of the first ever ‘rock operas’ and is arguably The Who’s most famous album. Telling the story of a deaf, dumb and blind boy and his interactions with the outside world, it has sold more than 20 million copies worldwide and was inducted into the Grammy Hall of Fame in 1998.

Speaking to Uncut magazine in 2015, who also reported the Teenage Cancer Trust shows, the group’s guitarist Pete Townshend said that Daltrey had for a long time been floating the idea of playing Tommy in acoustic form. Although he was non-committal, he has always thought it would be a good idea for such charity shows.

“Roger often sidles up to me and says, ‘I think Tommy would be so great done acoustic.’ I reply, ‘So what you’re saying, Rog, is that you want me to sit for an hour and a half and accompany you on my acoustic guitar? For an hour and a half, while you noodle on around on vocals? There’s a quick ‘F*** off!’ to that idea. An unplugged show? I’ll save it for the charity gigs or the occasional solo shows.”