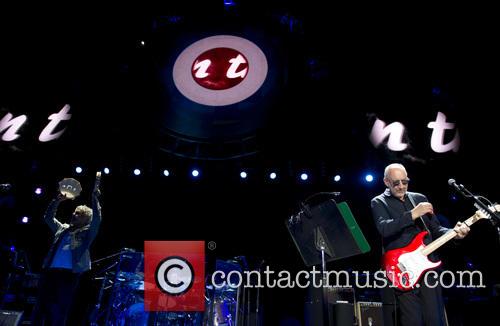 Apparently the track draws on the band's long history and features references to other bands such as Australian rockers AC/DC and French electronic duo Daft Punk. Zac Starkey, son of Beatles drummer Ringo Starr, also plays drums on the track, after touring with the band for years.

More: Confusion Reigns on First Night of The Who Tour as Pete Townshend Walks off Stage (Photos)

The new album will be released on November 3rd to coincide with the kick-off of the group's 50th anniversary tour, which begins in Glasgow on November 30th and ends on December 18th in London. That's not all though; the generous souls have donated their royalties from the new song to the charity Teen Cancer America, which Daltrey and Pete Townshend founded in 2011.

The Who formed in 1964 and originally consisted of Roger Daltrey, Pete Townshend, John Entwhistle and Keith Moon. They had massive hits with songs such as 'Pinball Wizard', 'My Generation' and 'Baba O'Riley'. Sadly, Keith Moon died of a drug overdose in 1978 and John Entwhistle passed away from a drug-induced heart attack in 2002. The band have remained together, recording material and touring all over the world, but have said it is likely their upcoming tour will be their last.