The band closed the three day festival last month, having last performed there in 2007.

A blog post on the official website of legendary rockers The Who has claimed the band’s Glastonbury set was ‘sabotaged’ and that they were drafted in to headline the festival as a last minute replacement for Prince. The entry is thought to have been written by a member of the band’s road crew who worked behind the scenes during the band’s headling set. 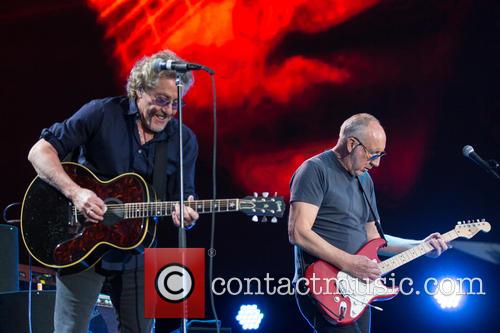 The Who have claimed their Glastonbury set was ‘sabotaged’.

Giving a full account of the band’s Glastonbury performance, the writer reveals that the headliners were actually a ‘last-months addition to the show, replacing Prince who decided not to come this year’. The band closed out the festival on the Sunday evening, following sets from Patti Smith, Paul Weller and Lionel Ritchie.

More: The Who Confirmed as Sunday Headliner at Glastonbury 2015

But before the band took to the stage there was nearly disaster, as the writer tells fans, ‘As we began to prepare our coming changeover, we found someone had sabotaged the carefully-tested audio connections for much of our gear. We’ve never seen that before, but we’re good at plugging things in, so all damage was repaired in time. Was it Mr. Weller or Lionel, no way. Dalai Lama – hmmm…. he did steal the show already. Well, so far…’

The post also reveals guitarist Pete Townshend’s frustrations over the performance, writing that at one point he yelled to his bandmates that they should play 'like we’re in the same f*ing band', after the set got off to a rocky start. Townshend is also said to have felt the set ‘was one of the very worst the band had ever played’, although the author disagrees.

Of course it wouldn't be a Glastonbury story without mention of Kanye West who the author describes as ‘the most-controversial artist to ever appear’ at the festival. They go on to describe the rapper as doing ‘very little specifically but bring a brilliant and massive lighting rig – and then claim to be the “greatest rock and roll star in the world.’

More: The Who Are Releasing Their First New Song In Eight Years

Onstage The Who also made reference to Kanye’s claims as the world's greatest rockstar, with Townshend closing the show by asking the crowd, “Who’s the biggest rock star in the world?” Then answering, “It must be Elvis Presley!”