Roger Daltrey Hints At The Who 50th Anniversary Shows 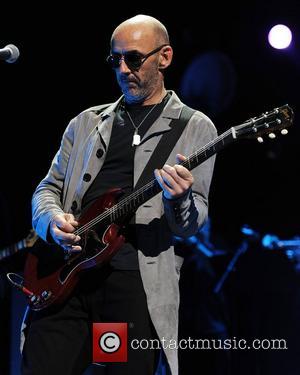 Picture: The Who performs on opening night of the Quadrophenia Tour Lauderdale, Florida - 01.11.12

The Who frontman Roger Daltrey has teased fans by hinting the band is eyeing a 50th anniversary tour next year (14) following the success of The Rolling Stones' comeback gigs.

The Pinball Wizard hitmakers formed in 1964 and went on to become one of the biggest bands of the 1960s and 1970s, selling 100 million records worldwide.

They have announced no plans to mark their 50th birthday next year with a special event, but singer Daltrey reveals the band is considering organising "something" after witnessing how well the Stones' half-century concerts in London and the U.S. were received.

Daltrey tells NME magazine, "The end of this year is our 50th anniversary, just like the Stones. They're on the road again - we could have never out-Stoned the Stones. Are we going to do one more 'something' or do we just retire, gracefully? Or disgracefully. I don't know. Or do you just say, 'Thank you very much,' to a great night? I think that's tragic in music - I don't think you should ever say, 'This is the last time'. Music isn't like that."