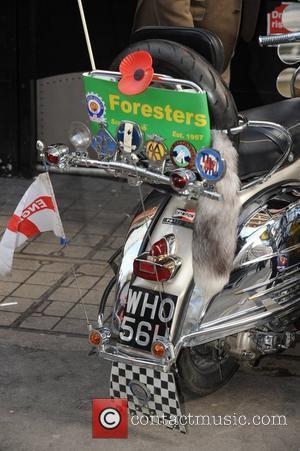 Picture: Heritage Foundation blue plaque un-veiling for legendary drummer of The Who, Keith Moon. The plaque is above the door of the famous music venue The...

The Who are teaming up with Debbie Harry, Richard Ashcroft and Jeff Beck to put on a charity concert to raise funds for a pioneering new cancer treatment.
Legendary promoter Harvey Goldsmith and The Who's manager Bill Curbishley have organised the gig at London's HMV Hammersmith Apollo in January (11) to help U.K. charity Killing Cancer.
Proceeds from ticket sales will go towards funding the installation of groundbreaking light therapy lasers in British hospitals.
And Goldsmith admits the cause is close to his heart following the recent death of his beloved mother.
He says, "I lost my mother to cancer in the past 12 months. I saw how she struggled but finally lost the fight.
"The funds Bill, myself and some great friends in the business have already pledged, is giving pancreatic cancer patients real hope".