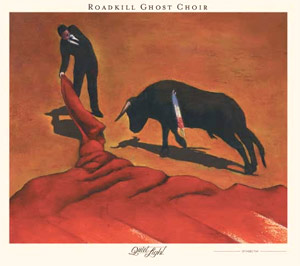 By Alastair Thompson in Music Reviews on 28 February 2011 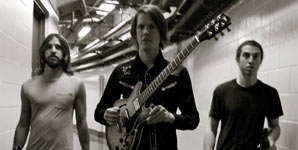 Wednesday night saw Athens, Georgia take over Camden's Dingwalls for a musical assault on the senses. Sharing headline duties across their current UK tour, The Whigs and Dead Confederate put in scintillating performances that contrasted in both style and delivery.

Dead Confederate take their influence from the late, great Nirvana, moody and motionless, their sound is dark and strained as Hardy Morris combines rhythm guitar with angst-driven vocals. The Whigs, a more modest 3-piece to DC's 5, use every inch of the tiny Dingwalls stage, leaping about throughout their hour set despite the crowd diminishing as the last tube approached Camden Town station.

On a little after 10pm, The Whigs kicked off with 'Like A Vibration,' their reputation still apparently 'hanging around their necks.' For a band that has played in front of arena crowds up and down the country supporting Kings of Leon, the dwindling numbers in attendance could've easily put them off. It didn't. There was barely time to catch a breath as they launched into 'Already Young' before the summer vibes of 'Black Lotus' transported the crowd from the grey misery of the February night to a summer fete bustling with birds, bees and strawberries, possibly.

Their standout track by a mile was 'Hundred / Million'; Julian Dorio snapping at his skins with a pulsating beat before The Whigs signature sing-a-long chorus bounced back into focus. 'So Lonely' was another highlight, as the band, and Parker Gispert especially, lay their collective hearts on the table for all to poke and prod at.

It must be said that most of the 200-strong crowd had come to see DC, spellbound for an hour as the Georgia natives led them through a completely unforgiving set. 'Start Me Laughing,' really kicked things into gear as Morris screamed 'I know I can barely hide it / I know I am so excited.' It was all too much for one punter who was so overwhelmed he poured his entire pint on the floor, mouth wide open to the amusement of all who saw him, presumably aghast at being so close to his heroes.

'The Rat,' was the standout track as the chuggy baseline fed a tortured breakdown, 'The judge be judged and all the rich be saved.' Morris' look is strongly evocative of Kurt's; baggy jumper, long hair across his face and veins straining in his neck with every verse. A slower, almost folky 'Run From The Gun' set up the 7 minutes of pure rock 'n' roll that is 'Tortured-Artist Saint' to close. The outro played with all the gusto of Charlie Sheen's last hurrah. Two great bands in a quality old school gig venue. An absolute pleasure.

The Whigs, In The Dark Album Review

By Alastair Thompson in Music Reviews on 27 January 2011

The Whigs recently released their third long player 'In The Dark,' the follow up to 2005's 'Give 'Em All A Fat Lip and 2008's 'Mission Control.' Having formed in Georgia, USA in 2002 they have methodically grown in stature and appeal through constant touring with the likes of The Black Keys, BRMC and most recently in the UK with the Kings of Leon. The trio's growth is best illustrated by comparing their self-funded debut album, recorded with equipment bought on ebay with their support slot with KOL at Hyde Park last summer, that's a huge rise in 4 years. 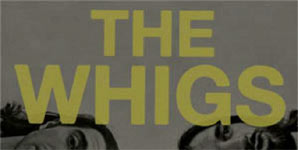 Continue reading: The Whigs, In The Dark Album Review 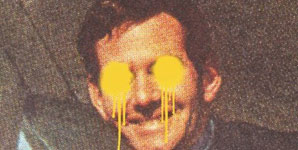