The Weeknd wrote a track from his new album in Marilyn Monroe's old bedroom, but couldn't help but think about her ex-husband's essence while in her boudoir. 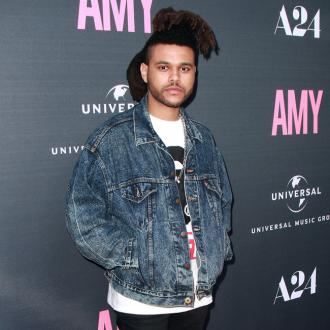 The Weeknd wrote a track from his new album in Marilyn Monroe's old bedroom.

The 25-year-old musician revealed his song 'In the Night' from his upcoming third major label album 'Beauty Behind the Madness' was penned in the boudoir of the late movie star because his producer Max Martin's studio is situated in her old house.

He explained: ''I came up with the concept for a song called 'In the Night' in her bedroom. That was pretty amazing.''

However, the singer - whose real name is Abel Tesfaye - said all he could think about while in the room was the essence of Marilyn's baseball player husband.

He quipped: ''Unfortunately, I couldn't help but imagine Joe DiMaggio's sperm everywhere on the floor.''

The album is set to feature collaborations with other stars including Lana Del Rey, Labrinth and Ed Sheeran, and he teased the collaboration with the fiery-haired crooner only came about after they got drunk together following an awards ceremony.

He explained to GQ magazine: ''I wrote a song with Ed Sheeran that was kind of spontaneous. He was hosting the Much Music Video Awards in Toronto and I invited him, and pretty much the entire awards show, to my condo to party.

''It went on until about five in the morning but we didn't write the song until that next day, so you can imagine how that night went. Ed also did a freestyle battle with Waka Flocka in my kitchen. That was pretty dope. Good times.''

The Weeknd launches new era with disco-tinged Take My Breath

The Weeknd goes disco: New track Take My Breath out this week

The Weeknd to be honoured at Music in Action awards

The Weeknd to perform for 2021 BRIT Awards

The Weeknd - Try Me Video Video

The Weeknd to drop NFT song and artwork this weekend