The two were due to perform 'Might Not' on Kimmel's show on Wednesday evening, but cancelled because Trump was also a guest.

The Weeknd and his collaborator Belly cancelled their scheduled appearances on ‘Jimmy Kimmel Live!’ at short notice – because of the presence of Donald Trump on the show as a fellow guest.

The musicians had been due to perform ‘Might Not’ on Wednesday night’s show (May 25th), but they pulled out soon before it was due to tape, with Belly saying that he didn’t want to be seen to endorse Trump’s controversial rhetoric in any way. 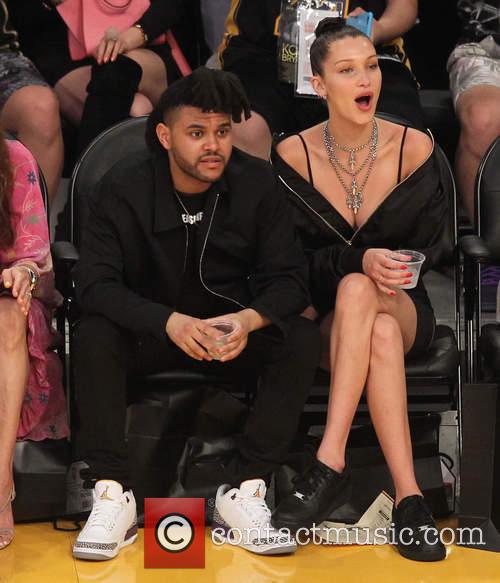 The Weeknd with Bella Hadid in May

“I feel like the way I was raised was to be able to see through all the titles in this world—from religion to race,” Belly said in a statement to the Associated Press. “I just didn't want to feel like I was a part of a celebration for somebody who has beliefs that majority of us don't agree with.”

The Weeknd, who won big at Sunday night’s Billboard Music Awards, did not comment on his absence. However, Belly’s representative added a further clarification the same evening.

“Belly, a man of the world who grew up as a minority immigrant in Canada, has a strong conviction against Donald Trump's radical beliefs. A strong believer in equal rights for all, Belly is taking a stand against a man who has made many negative and detrimental remarks about minorities, women, various religious groups and more.”

“His television debut was meant to support the release of his soon-to-be-released mixtape Another Day in Paradise. Belly hopes that his fans understand his point of view, and he plans to make it up to them very soon.”

Trump did not address their absence when he appeared on Kimmel’s show, which he himself bailed on at short notice in October last year.

More: The Weeknd pulls out of support slot on Rihanna’s ‘Anti’ tour

The Weeknd to release greatest hits album The Highlights