The former couple, who split up almost a year and a half ago, were spotted enjoying each other's company at a Cannes party this week.

More than a year after they called off their relationship and went their separate ways, Bella Hadid and R&B singer The Weeknd are rumoured to be rekindling their romance after they were spotted kissing at Cannes this week.

The former couple were seen together sharing a kiss at the Magnum x Alexander Wang party at the Cannes Film Festival in the south of France on Thursday night (May 10th). They greeted each other with a hug and a kiss, having both arrived separately, but later they were spotted locking lips, and Hadid stroking his face.

The latest development came after they were allegedly spotted backstage together after The Weeknd’s headline set at California’s Coachella festival a few weeks ago. However, Hadid quickly moved to shut down the rumours of a reunion, saying “it wasn’t me”. 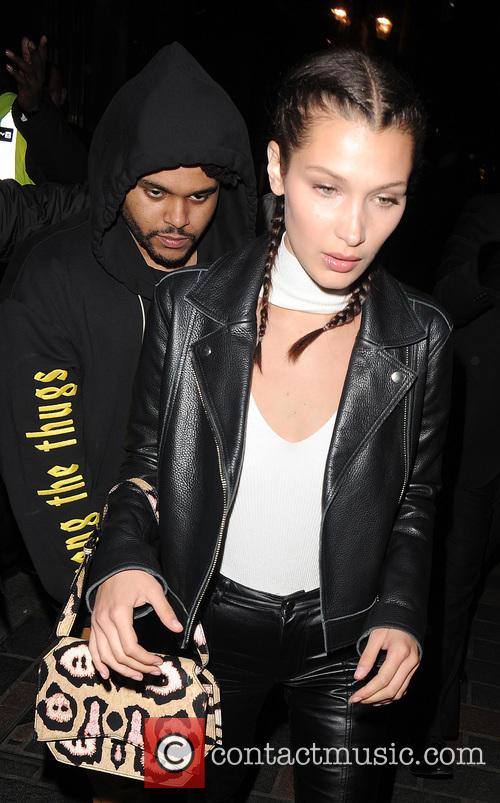 The Weeknd with Bella Hadid in 2016

However, last night a party attendee told Page Six that they were “hanging out in VIP” and “she had her arm around him, was rubbing his head and massaging his back. They were talking really close, almost kissing, and then it looked like… it happened.”

The couple originally split up on amicable terms back in November 2016, shortly before the release of Tesfaye’s last full-length album Starboy, with both citing busy schedules for the break-up. However, there didn’t appear to be any awkwardness, both appearing together at the Victoria’s Secret Fashion show shortly afterwards.

“Bella never really lost feeling for Abel and had hope they would eventually get back together,” a source told E! News recently. “They are just getting back to a good place. She loves hanging out with Abel and they always have fun together and is very hopeful of their future relationship.”