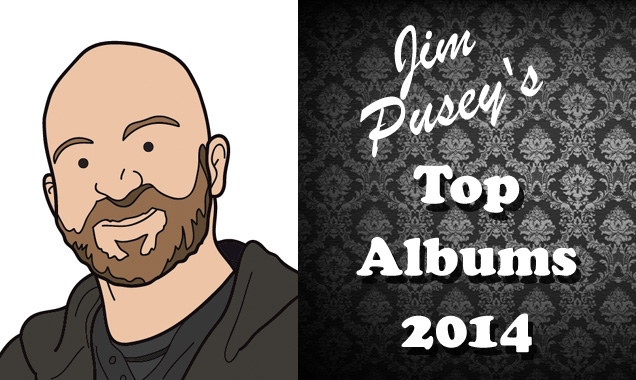 I'd also suggest that whittling down to ten albums was very difficult this year. Despite a personal affection for material from the Foo Fighters, Weezer, Against Me!, Owl John, The Black Keys, and Jack White, all of those records missed the cut along with Bob Dylan's Basement Tapes release and Blake Mills' Heigh Ho (its UK release is scheduled for 2015), which didn't really qualify. If there's one album I would have liked to include in the below list it's Lana Del Rey's Ultraviolence. She's still a divisive character, but nothing sounded quite like her noir fantasy this year. Her vocal affectations are still very evident, but Dan Auerbach helped to craft a record full of memorable and menacing songs. 'Brooklyn Baby' may well be my favourite track of the year, but then that's a whole different list.

10) St. Paul & The Broken Bones - Half The City
Quite simply the best original Soul record I've heard in a long time. The seven-piece band from Alabama has real power and depth, but above all it's Paul Janeway's vocals that steal the show. I'm still not sure that voice should come out of that body; he's like a man possessed. Even more incendiary on stage than on record, if you haven't heard this you really need to. It's just a shame that their heart-stopping cover of Otis Redding's 'Try A Little Tenderness' didn't make the record.

9) Nothing - Guilty Of Everything
The first of three bands from Philadelphia to make my list, Nothing created a wall of noise on their debut Guilty Of Everything that was hard to ignore. Yes, they're deeply indebted to their Shoegaze forefathers, but Dominic Palermo's Hardcore roots are also evident. It's noisy, bleak, but also beautiful. The cover image of a white flag on a black background is a stark and slightly misleading introduction to a record that refuses to surrender to the overwhelming gloom that could have engulfed these songs.

8) Aphex Twin - Syro
It almost felt like Richard D.James was perpetrating his own private joke, when he announced he was releasing his first Aphex Twin album in 13 years. Despite indecipherable track names, the mysterious Syro emerged and proved that James is still streets ahead of the competition. It's a dense headphone record that constantly shifts and morphs, but one that never feels like re-treading old ground. The balance between frenetic beats and Electro-Ambient beauty is something that's difficult to achieve, the result is perhaps the most cohesive Aphex Twin album, and possibly his best. The astonishingly simple piano piece that closes the record is also a perfect reminder that James isn't a one trick pony.

7) St. Vincent - St. Vincent
Annie Clark's fourth solo album is sonically ambitious and challenging, but is also her most accessible and ambitious. There's lots of social commentary here amongst the Art-Rock sheen and Electro-experimentation. She's surprisingly frank about the irony demonstrated through employing the same technology she seems so intent on deconstructing ('Digital Witness'). Yet for all St. Vincent's pop sensibility Clark's not afraid to use her guitar like a buzz saw to cut to the heart of the matter either. It's a perfectly judged record, which actually lives up to the critical plaudits St. Vincent has garnered.

6) Noah Gundersen - Ledges
In my review of Noah Gundersen's debut I said Ledges is just the latest proof that the Seattle based singer/songwriter is living up to his potential. Having seen his only UK show this year in front of around 100 people I'm happy to stand by that statement. Ledges is a record I have returned to time after time because of the warm but heartfelt sentiment that is the bedrock of Gundersen's Folk-Rock. He's not tried to re-invent the wheel; indeed he's happy to wear his influences from traditional Folk songs on his sleeve (''Poor Man's Son). These songs effortlessly draw you in, and if his recent EP is anything to go by, there are more great songs to come.

5) Restorations - LP3
Restorations' third album, handily titled LP3, is a record I've only recently fallen in love with. My review said that I searched in vain for a valid criticism of the Philadelphian's approach. I still can't find one. There's Punk-Rock at the heart of the record, but so much more in these well crafted songs as well. It's the raucous noise The Gaslight Anthem should be making and remains one of the best records you haven't heard all year.

4) Ryan Adams - Ryan Adams
Ryan Adams is going through somewhat of a creative renaissance and his self-titled fourteenth album (that's an average of one every year if you're keeping count) is among his best. Adams' writing is painfully honest, but also easy to relate to. These are for the most part songs about a girl who is no longer there, and how you move past that. But then ultimately aren't most great songs always about that? It's just that Adams is at the top of the class when he's writing that kind of material. Johnny Depp's also playing guitar on some of the tracks and the album art and typeface are a sly Bryan Adams joke, so Ryan's still in a playful mood despite the emotional toll of much of the record.

3) War On Drugs - Lost In The Dream
It's somewhat amazing that a record so indebted to 1980's Indie bands and Americana sounds this fresh in 2014. Adam Granduciel's songs shimmer with expansive synths, brass and catchy riffs, leaving The War On Drugs' third offering Lost In The Dream as their strongest artistic statement yet. Yes, the songs are expansive and border on over indulgent, but when they sound as uplifting and warm as this that's no bad thing. This is the sound of Granduciel recovering from depression, yet it never descends into a maudlin mess. It's triumphant and the lush soundscape is glorious to behold.

2) Sharon Van Etten - Are We There
I think Sharon Van Etten may be the only songwriter I know that can write about shitting in your bathroom. Her tongue is firmly in her cheek of course, but the 33 year-old from New Jersey has an uncanny talent to make you sit up and pay attention. Are We There is a soulful and tortured record, full of songs that sound truly lived in. The emotional honesty on show is startling, and amidst those guitars and cascading melodies are unforgettable lyrics like: "break my legs, so I won't walk to you". It's an album that stays with you for a long time, even after just the first listen.

1) Sun Kil Moon - Benji
Mark Kozelek is no stranger to writing songs with an emotional depth that can reduce you to tears. However Benji plays like it's his diary, with all the minutia and narrative of an internal monologue. Sun Kil Moon's sixth album is both difficult to listen to and transfixing as Kozelek regales you with tales of bereavement, bizarre accidents, childhood memories, day to day life, family relationships, and famous friends. The simple classical guitar backing his unique vocal delivery creates a stark confessional tone. The additional musical flourishes make the record sound like a timeless summer afternoon, and although it's sometimes whether this is a fictionalised version of Kozelek's life, the harrowing details are all based in reality. It's a remarkable accomplishment and one that makes you appreciate the tiny details of your own daily life that much more. 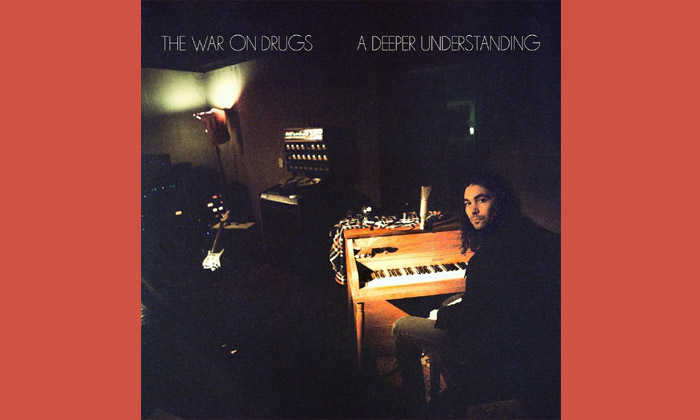 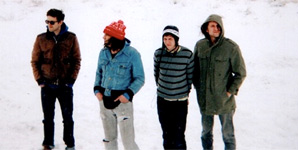