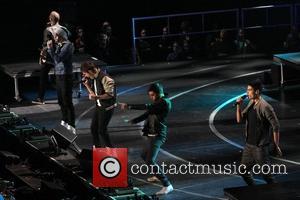 British boyband The Wanted are planning to put their story down on paper in a new autobiography.

The pop stars previously released a picture book called The Wanted: Our Story, Our Way, which detailed their rise to fame, in 2010.

However, band member Tom Parker has revealed they hope to write a proper autobiography to tell fans the true story.

He tells British newspaper the Daily Star Sunday, "We did a picture book a couple of years ago and we've spoken about doing a proper autobiography in the last few months. We don't think we are proper rock 'n' roll stars but we would want people to know exactly what goes on in the band."

Parker insists the book will be a candid look at their lives and they won't be leaving anything out. He adds, "I'm not worried about putting in anything that would get us into trouble. I think people would appreciate the fact we would tell the truth. Some people may like that and some people might not but we are not going to lie."